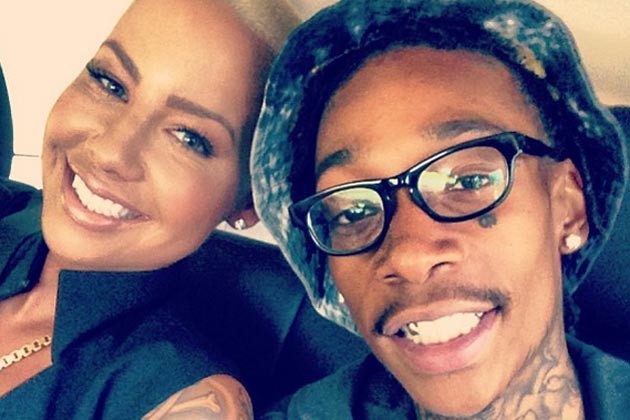 Los Angeles, CA – Wiz Khalifa and Amber Rose are the coolest estranged couple in Hip Hop but the key word, estranged is still a big outlier.

Case in point: the recent tweet-and-delete exposé where the multi-platinum rap star took offense to an offer to get back in the sack with the mother of his three-year-old son.

“We kind of just got together, and it was cool, but it was a guy and a girl and it was fucking horrible,” she confided in her co-host, Dr. Chris Donaghue, a renown sex educator. “I literally, I’m having sleepless nights.”

Rose said she would be open to get it in with “two guys” but having another ménage with a female present wasn’t in the cards. She later joked how she would get her “baby daddy” Wiz to help satisfy her bad bedroom experience.

Young Khalifa, who just celebrated his 29th birthday, wasn’t with being sloppy seconds and he went on the onslaught on Twitter.

Wiz then reaffirmed his stance, on how the entire ordeal had him “bummed out.”

The “Snap” Wiz was referring to was a heartfelt moment where he and Rose split the bed with their son, Baby Bash, alluding to both their claims that their co-parenting skills were top-notch.