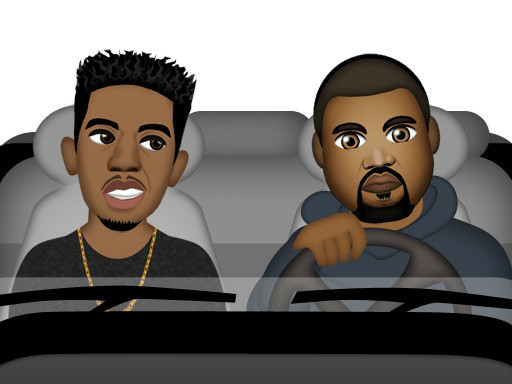 Desiigner has his own emojis and they are pretty hilarious.

Among the images are a reference to his “Timmy Turner” song and a squad pic of him with Pusha T and the G.O.O.D. Music crew.

There are also multiple nods to his breakout single “Panda,” with a picture of him and Kanye West from the video. Another emoji shows some pretty ladies surrounding a sign for the capital city of Georgia. Remember, Desiigner doesn’t really have broads in Atlanta, though. In fact, as far as we know, he still hasn’t even been there.

The Brooklyn rapper released the pictures through Moji, who has partnered with Rick Ross, Wiz Khalifa, Future, Fabolous and The Game, whose emojis include pictures of El Chapo and Stitches.

Desiigner’s emojis are available for $0.99 from Moji Keyboard and can be downloaded through iTunes.

Check out some of Desiigner’s emojis below via Complex.