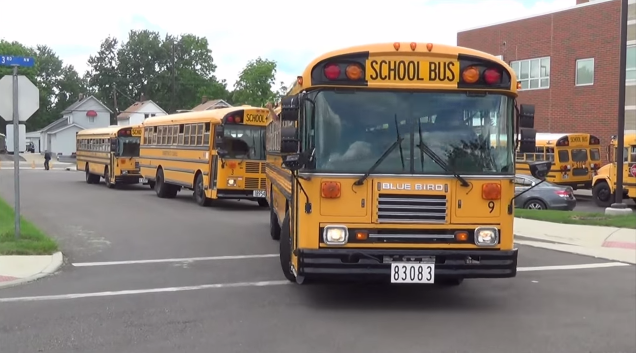 Portland, OR – Several outraged parents lashed out at Portland Public Schools officials once they got a whiff of the policy put into place to silence all rap music on their children’s buses.

They allege it was a measure of racism, used to stifle music favorable to black people. It’s not exactly the type of stigma one wants to see attached in what is reportedly the whitest major city in the United States.

Back in March of this year, Teri Brady, senior director of transportation at Portland Public Schools, sent a memorandum to all bus drivers in the district, officially forbidding them to play “religious, rap music, or talk show programs” while practically deeming pop, country and jazz stations God’s gift to sound.

A copy of the memo only begun to circulate parents’ radar this week and it immediately spelled controversy for the school board.

“I think it’s overtly racist and leaves out two of our major communities in our music choices,” said Colleen Ryan-Onken, a white parent, told The Oregonian.

Ryan-Onken also took great exception to the notion that Latin music was completely omitted from the conversation and country music was being classified as a safe choice for students.

“Country music is offensive. It’s about date rape, liquor and drugs — all kinds of things!” she exclaimed. “It’s just as offensive as rap music can be.”

Another white parent, Kim Sordyl, wrote a concerned letter to school board vice chairwoman Amy Kohnstamm, expressing how she too, felt the rap music ban was racist.

“PPS has a spent a lot of taxpayer dollars on a PR show of equity. It has a ‘Racial Equity Policy,’ ‘equity lens’ table tents & posters, $9 million/year is spent on no-bid equity contractors (who donated to your campaign),” she wrote.

Backlash typically breeds buckling and The Oregonian reported yesterday (August 25) that the school board was going back to the drawing board on its playlist options.

“We regret the way this was communicated. Our intent is to limit student exposure to religious teachings, profanity and violent lyrics,” Portland Public Schools spokeswoman Courtney Westling said, citing that her district had been privy to several complaints. “The transportation department will be revising its guidance to bus drivers shortly to be more inclusive of different genres of music.”

In the legendary words of the honorable Marshall Bruce Mathers III, “Get aware, wake up, get a sense of humor/Quit tryin’ to censor music, this is for your kid’s amusement.”