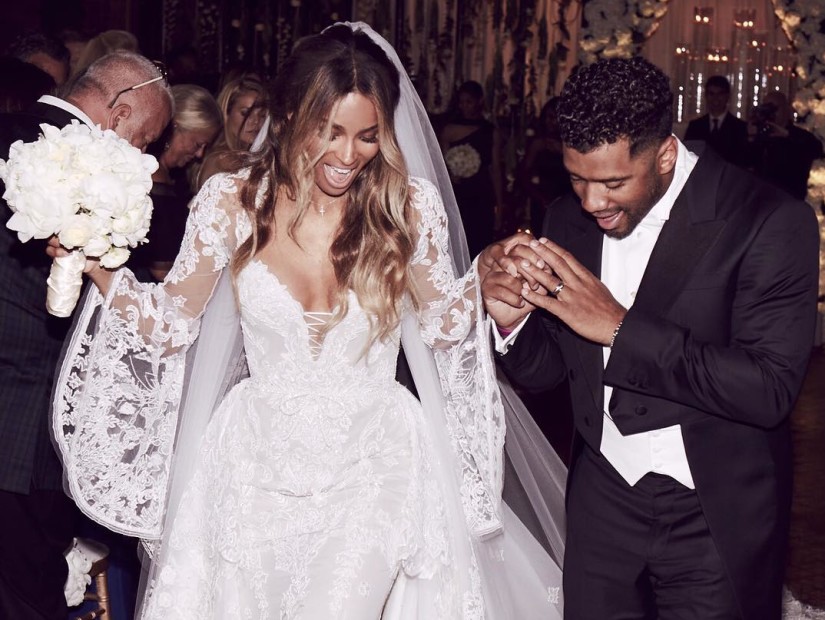 New York, NY – According to an interview Ciara and Russell Wilson’s wedding planner Mindy Weiss gave to The Knot, the newly wed couple opted out of marrying in the state of North Carolina because of their transgender bathroom laws.

While Weiss was co-hosting a “Bachelorette” finale viewing party with Wedding Paper Divas at her New York City apartment, she opened up about the couple having to change the locations of their wedding destination a few times.

“I did the whole thing — three times,” Weiss revealed to The Knot. “They were first getting married in North Carolina, but they called it off due to the transgender bathroom laws.”

They also wanted to marry in Paris and thanks to Couture Fashion Week, that was a no-go. Ultimately, London won the bid where Mr. and Mrs. Wilson wed in a castle that was an hour outside of Liverpool.

North Carolina’s controversial bathroom laws have caused a lot of companies to pull out of doing business with the state. The NBA recently made the decision to pull their lucrative 2017 All-Star game weekend from North Carolina because of the law and moved it to New Orleans.

On Monday (August 23), the Charlotte City Council voted to extend their 2017 NBA All-Star contract to be able to host the 2019 All-Star game, The Charlotte Observer reports.

The league says if they repeal or change their law they will be able to host All-Star in 2019.