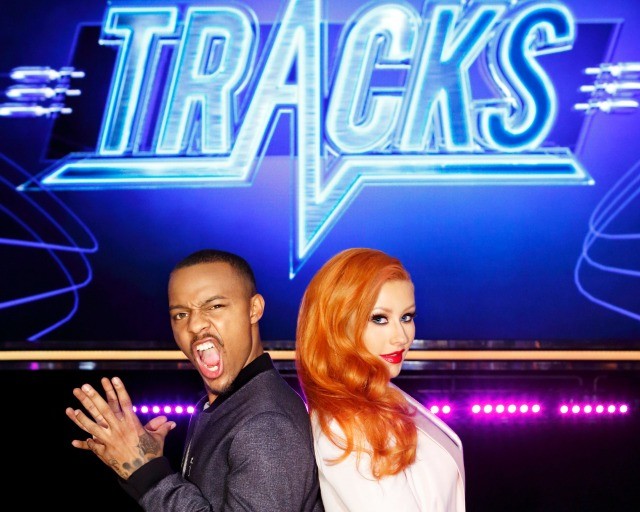 New York, NY – Back in February, Bow Wow (real name Shad Moss) took to Instagram to announce he had plans for hosting his own late night television show. It appears to be a natural step in his evolution as an artist, considering the first time he was on television was on a 1993 episode of the Arsenio Hall Show at a mere 6-years-old.

“It’s only right I go back to where it started,” Moss wrote in the caption. “First let me thank him [Arsenio Hall] by paving the way because I wouldn’t have did what I’m about to do.”

His plan to take over late night television is finally coming to fruition. In conjunction with Spike TV, Moss has secured a spot at the helm of a new music-based game show aptly-titled Tracks. Along with pop icon Christina Aguilera, Moss takes over Spike on September 1 for the inaugural episode.

The innovative musical game show features a team of two, which must guess the name of a song title with only the song’s individual tracks (ex: guitar, bass, drums) as a clue. Each episode features a surprise celebrity guest performance, including Motley Crue’s Tommy Lee and Aguilera, who is featured in both initial episodes.

Originally discovered by Snoop Dogg as a young, blossoming MC at the age of six, Moss is tapping into his nearly two decades of experience in the entertainment industry to be the host of Tracks. As Brody Nelson on the recently cancelled CBS show, CSI: Cyber and the co-host of BET’s iconic Hip Hop and R&B show, 106 & Park, he has an arsenal of education to draw from in order to be the charismatic host necessary to pull off a game show.

“College kids and high school students have nothing at 10pm to really look forward to,” he continued in the Instagram post. “Where my guest could be Kendrick lamar w j cole performing live. To having Michelle Obama on. I found my stride. I want to help the culture and this is my way of giving back to the game that made me!”