Lloyd Banks Announces Next "All Or Nothing" Mixtape 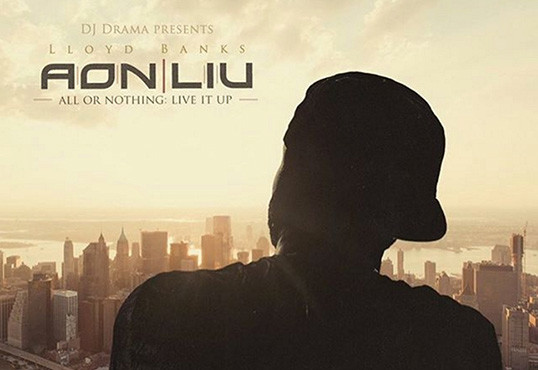 Lloyd Banks has announced the second installment in his All Or Nothing mixtape series. The new project, dubbed All Or Nothing: Live It Up, will be hosted by DJ Drama. The G-Unit rapper posted the cover on Instagram with no specific release date, but promised in the caption that it is “coming soon.”

Banks launched the AON series in 2013, with his All Or Nothing: Failure’s No Option mixtape, also hosted by DJ Drama. The 16-track release featured appearances from Raekwon, Styles P, and Vado.

In his review for HipHopDX, Marcus Dowling called F.N.O. a solid entry into the rapper’s catalog to keep his name in the game.

“Banks is clearly more than able to handle himself as a performer. Putting out a mixtape at this point is the equivalent of making public the results of one’s yearly physical examination. The free download is the audio equivalent of saying, ‘I’m alive. I’m well, my rhymes are still tight, and yes, I am available for bookings.’ Picking any one of the 16 tracks on the mixtape—say, “Keep Up,” track 11’s ode to having so many hoes but so little time—Banks effortlessly utilizes a rare (to his defined skill set) double-time flow over a melancholy half-time beat, and executes with perfection.”

The upcoming release will be Banks’ first since 2015’s Halloween Havoc 2.