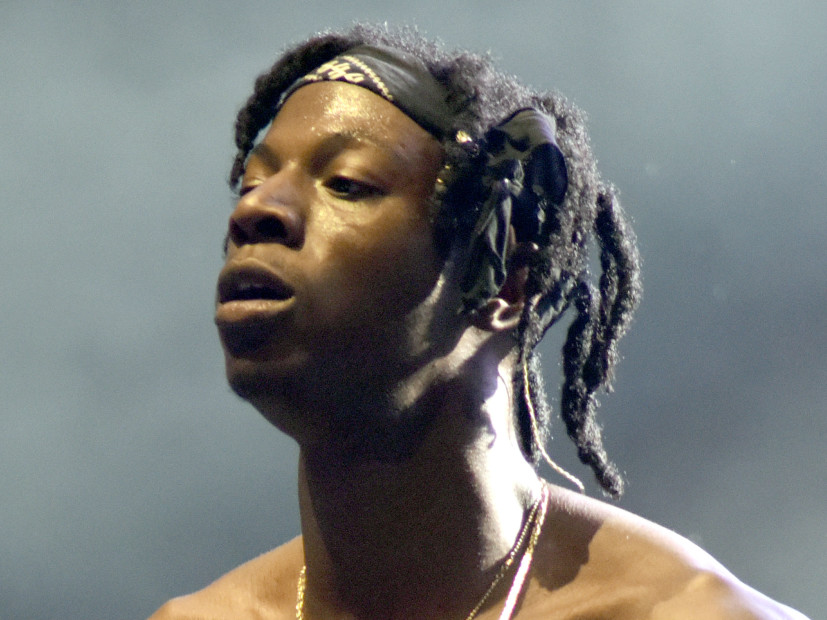 Joey Bada$$ is mourning the death of his cousin today. Terrell Henry was reportedly shot and killed in Brooklyn, New York this morning, according to the New York Daily News.

The “Devastated” rapper took to Instagram to pay tribute to his 22-year-old family member.

“No words…” the caption says for a screenshot of the news story. “Just a heavy heart. RIP to my cousin Terrell Henry smh… Through all the positivity there’s always a negative… truly devastated  #ForeverRell#ForeverJR”

Henry was reportedly leaving a deli at approximately 1 a.m. EST when he was shot in the back and neck. A deli worker said he heard four gunshots shortly after he bought an iced tea and left the store. The victim’s twin brother Derrell and another friend were close by, rushed to his aid and had someone call 911.

“We heard the gunshots and we turned around and saw somebody get shot and fall to the ground,” the brother says. “But we didn’t realize who it was at the time.”

The college student was rushed to Wyckoff Heights Medical Center where he died. He had no criminal history and authorities don’t know of a motive for the violence.

“I don’t know if they mistook his identity or took him for someone else,” Henry’s father, George says. He says he put his children in private schools to ensure they stayed out of gang life.

HipHopDX sends its condolences to the family and friends of Terrell Henry.

No words… Just a heavy heart. RIP to my cousin Terrell Henry smh… Through all the positivity there's always a negative… truly devastated ? #ForeverRell #ForeverJR