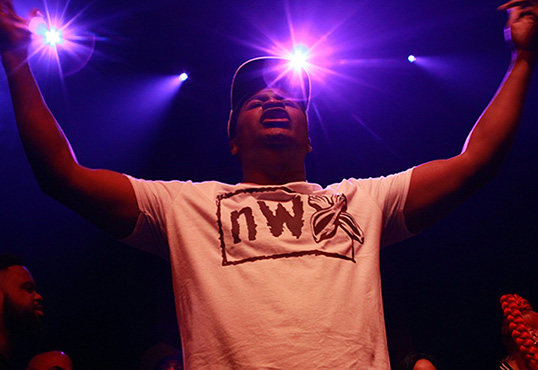 In the subjective world of unjudged rap battles, there’s no official win/loss record to show who’s really at the top of the game. YouTube views, however, are a very tangible metric that speak to a rapper’s popularity and relevance.

For years, Newark, N.J. rapper Arsonal had been the #1 most-viewed English-speaking battle MC, but that changed on Friday (August 5). According to Versetracker, a website that archives rap battles and tabulates the statistics behind them, the new king is DNA.

Those numbers come partly from his willingness to take on seemingly anyone, anywhere, at any time, but also from his ability to maintain a positive working relationship with all of the biggest leagues in the English-language scene. Since his on-camera debut for Grind Time in 2009, he’s become a regular fixture on URL, King Of The Dot and Don’t Flop, and has produced bona fide classics for those leagues and more.

One caveat: DNA is only the #1 English-language battler. He’s #8 in the world, behind seven Filipino rappers, including Loonie, who at #1 has 101 million views in 16 battles.

Congratulations On Me Becoming The Most Viewed Battler In America ! S/O 2 @ARSONALDAREBEL For Being #1 For 7 Years pic.twitter.com/EphL2t2x50

Watch the two most-viewed American battlers go at it below.