Maxo Kream Remembers Advice Given To Him By ScHoolboy Q 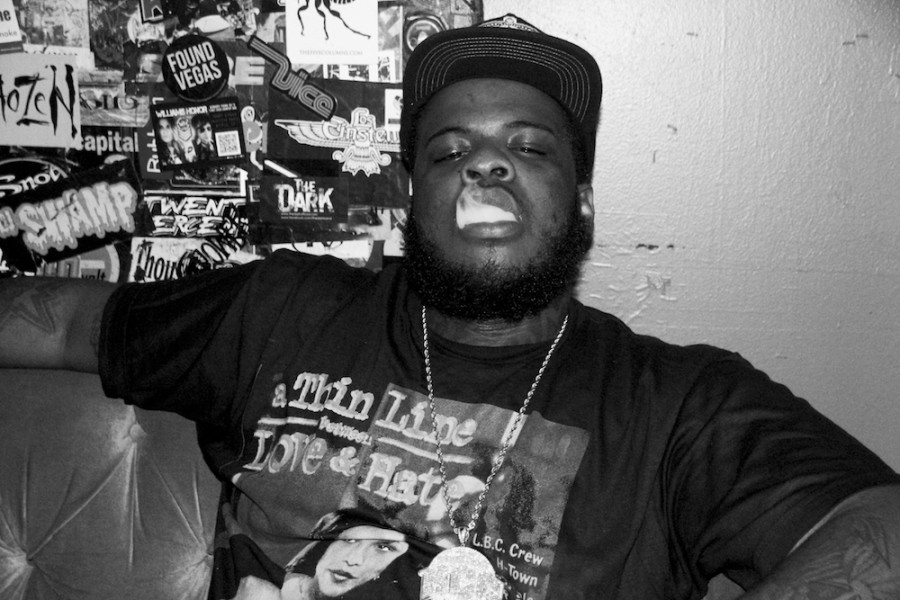 Los Angeles, CA – Outside of Travi$ Scott, the newer Houston Hip Hop scene has yet to have an artist truly break out into mainstream conversations. Yes, The Sauce Twinz had a real moment with “2 Legited 2 Quited,” but the follow-through wasn’t exactly there.

One person maintaining a steady momentum is Maxo Kream who recently dropped The Persona Mixtape in June. A follow-up to last year’s #Maxo187, the project featured guest appearances from Paul Wall, Rich The Kid and KEY! among others. Videos for the project including “G3,” “Spike Lee” and “Big Worm” haven’t gone without notice.

And he calls Joey Bada$$ and Father homies.

“I feel like I ain’t in competition with anybody,” said Maxo Kream during an interview with HipHopDX before a sold out performance at The Roxy. “I just do me. Nothing’s been wrong with how I’ve been moving.”

And, he’s absolutely right. Just wrapping up a tour in promotion of The Persona Mixtape, Maxo Kream is set to tour alongside Danny Brown and Zelooperz in the fall.

“It feels good bro,” he said. “I’m supposed to be doing this because I worked hard for it. Fucking bitches and turning up.”

Maxo Kream’s reach is obviously growing. In between the enjoyment of weed dispensaries and nightclubs, he’s getting words of wisdom from friend and fellow Crip ScHoolboy Q.

As he grows in notoriety, he’s also taking steps into gaining clarity, keeping his creative process while lightening up on the drugs.

“My creative space is on my drug use,” said Maxo Kream. “I ain’t even sippin right now. I ain’t really poppin pills right now. Sometimes in my free time, what I work on now is good weed smoking.”

Besides working on a new album set to drop by the year’s end, he has a vision much larger than music.

“I want to try and be a mutha fuckin mogul my nigga,” Maxo Kream explained. “Albums, opening up a chicken spot, sneaker store franchise and pushing other artists.”