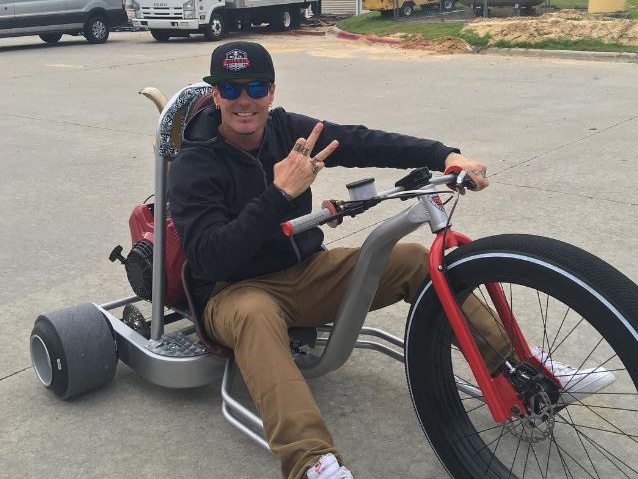 Atlanta, GA – ’90s rapper Vanilla Ice joins the growing list of celebs who have flipped their lids while attempting to fly the friendly skies.

Ice’s freakout went down when he allegedly arrived early for a flight leaving Atlanta’s Hartsfield-Jackson International Airport. TMZ reports that despite arriving on time for his flight, the rapper somehow managed to get left behind.

Amateur video then shows the musician speaking with a ticket agent about the mishap.

Although Ice appears very much agitated during his encounter with the agent, he proceeds to turn all the way up when a bystander informs him that “You gotta watch the monitor, dude.”

According to the person who uploaded the video to YouTube, a majority of Vanilla Ice’s encounter with the Delta employees was not included in the video.

“He walked up to board 10 minutes after the cutoff time for boarding while talking on his phone, so of course the male employee wouldn’t allow him on the plane. Vanilla Ice threw his ticket at the guy and started cussing at him. The guy walked away and then 5 minutes later a woman employee came to the desk. He started cussing at the woman and threw his ticket at her. Then the video shows the rest. I thought he was done, so I stopped recording. He stormed out of the area screaming and cussing at a man who was trying to help the employee,” YouTube user China K wrote in the caption to her video.

Video of Vanilla Ice spazzing out at the airport can be found below.

In just in case you’re wondering, Ice isn’t tripping over the incident or being filmed.

Hahha- funniest thing about this video is the guy that was the smart ass, had a TMNT shirt on I told him he's not worthy. #Funny
??????????