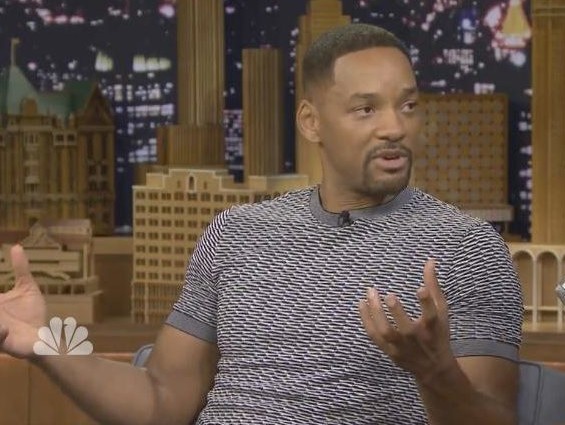 Will Smith On Race Relations In America: "It Isn’t Getting Worse, It’s Getting Filmed"

Will Smith made an appearance on The Tonight Show Starring Jimmy Fallon on Thursday (July 28) to promote his upcoming film Suicide Squad and was asked by Fallon his thoughts on racism in America as well as the spectacle surrounding the Republican and Democratic National Conventions.

“Hearing people say that race relations are worse than they’ve ever been, it doesn’t feel like that to me,” the award-winning actor says. “Racism isn’t getting worse, it’s getting filmed.”

The observation comes in light of the many deaths of unarmed Black men by police. The unjust killings of Philando Castille and Alton Sterling, less than 24 hours apart from each other, sparked a national outrage and demand to convict the officers who were caught on tape using excessive force.

“It feels to me like what happens in marriage counseling: once everything gets out on the table, the truth, once everybody’s said everything they’ve been harboring, there’s a really dark time when you’re just looking at your partner like, ‘Oh my god, that’s what you think?,'” Will continues. “But there’s a dark before the dawn. When everything gets out, it’s a good thing. It just sucks bad when the truth is out. But I think everybody can see it now. And I think it’s just a little darkness before the cleansing that we’ll have as we move forward.”

In the past, The Smith’s vocalization of race relations had been politically correct, however, earlier this year Will’s wife, Jada Pinkett-Smith staged a boycott of the Oscars due to their lack of diversity.

Check out Will Smith’s interview with Jimmy Fallon below.