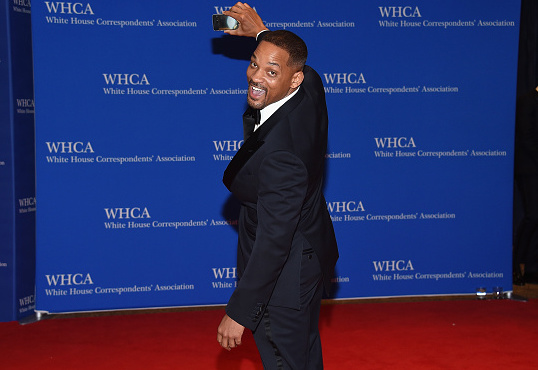 Will Smith Admits "Wild Wild West" Is His Worst Movie

Hollywood and Hip Hop legend Will Smith has taken on a slew of projects — some good, a few greats ones, a handful of mediocre films — in his tenured career but it’s the time the kid from Philly attempted to play cowboy that he says is his biggest regret on the silver screen.

While speaking at the Cannes Lions International Festival of Creativity, Smith, 47, singled out 1999’s Wild Wild West as his artistic low point because his aspirations clouded his judgment at the time.

Smith was three years removed from his breakout role in 1996’s Independence Day and while he may have dodged an alien bullet by appearing in this year’s sequel, [Editor’s Note: They won’t even screen that muthafucka to anyone; the jig will be up soon enough] the 20/20 hindsight rule would undoubtedly apply to him.

“I had so much success that I started to taste global blood,” he told Edelman’s Jackie Cooper and the audience, per The Hollywood Reporter. “My focus shifted from my artistry to winning. I wanted to win and be the biggest movie star. What happened was there was a lag. Around Wild Wild West time, I found myself promoting something because I wanted to win versus promoting something because I believed in it.”

The titular record for the soundtrack featured Smith rocking alongside Sisqó and Kool Moe Dee and could perhaps go down as a legendary example of the subjectivity of good music vs. critical acclaim. Despite going No. 1 on the Billboard 100 charts, it also won the Golden Raspberry Award for Worst “Original” Song in 1999. Nonetheless, the film — which also starred Selma Hayek and some other actors — raked in $222 million worldwide.

“Smoke and mirrors in marketing and sales is over. People are going to know really quickly and globally whether a product keeps its promises,” he continued. “I consider myself a marketer. My career has been strictly being able to sell my products globally, and it’s now in the hand of fans. I have to be in tune with [fans’] needs and not trick them into going to see Wild Wild West,” he said, obviously referencing social media word-of-mouth. “Back in the ’80s and ’90s, [if] you had a piece of crap movie, you put a trailer with a lot of explosions and it was Wednesday before people knew your movie was shit.”

“Now, what happens is 10 minutes into the movie, people are tweeting ‘This is shit, go see Vin Diesel,'” he summarized.

While there will be no Independence Day: Resurgence celebration for Smith this year, he still has a blockbuster on his plate later this summer. Warner Bros. cast him as Deadshot for the upcoming anti-superhero flick, Suicide Squad alongside Common and Jared Leto.

Check out some highlights from Cannes Lions 2016 down below. Usher was there too.