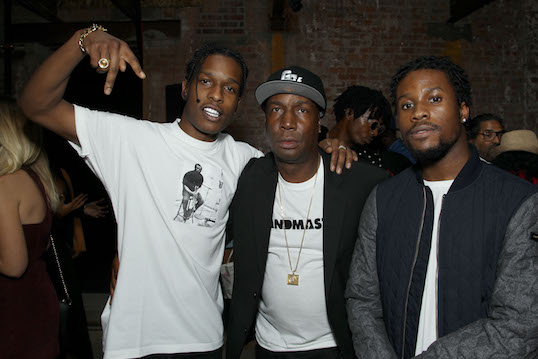 Netflix and Baz Lurhmann’s upcoming original series, The Get Down is already making noise ahead of its August 12th rollout date.

Earlier today (July 25), HipHopDX premiered the official trailer, which showcases 1970s New York in an era when disco was prevalent on the music scene and Hip Hop was on the cusp to take the reigns for good.

Over the weekend, held a private screening in the Bronx at The Universal Hip Hop Museum at the Old Bronx Borough Courthouse hosted by Lurhmann (who serves as the series creator and executive producer) and legendary DJ Grandmaster Flash (who is on board as associate producer).

Several big names also turned out in the Boogie Down to support the film including A$AP Rocky, Spike Lee, Sharon Carpenter, Fashion Queens royalty Bevy Smith, the equally legendary Grandmaster Caz, as well as several of the aforementioned cast members.

Check out the photos from the event down below and be sure to subscribe to Netflix to check out The Get Down next month.