Shotty Horroh Is Handing Out "Free Drugs" On New EP 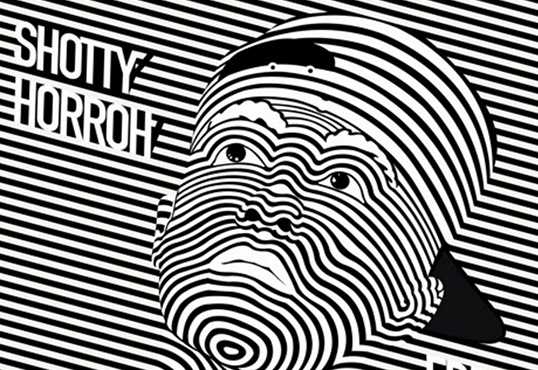 Battle rap fans definitely know Shotty Horroh from his time tearing up the scene on both sides of the Atlantic Ocean. The Manchester, England native is probably the best-known U.K. export when it comes to American battle fans from his clashes with the likes of Charlie Clips, Daylyt and Hitman Holla. His battle with Arsonal is one of the most-viewed bouts of all time, with almost nine million plays on YouTube since 2012 thanks in part to a public co-sign from EDM star Deadmau5. (It doesn’t hurt that the battle is wildly entertaining too though.)

Over the years, Shotty has released a steady stream of music and though he’s currently retired from battle rap, he has maintained a rabid fan base that waits on him to serve up another hit of content.

Based in Toronto for the last eight months, Shotty has just released his latest project, Free Drugs, which serves as a preview of his still untitled upcoming full-length.

Shotty explained to HipHopDX why people should tune in.

“This EP is my brain on drugs — something you can turn on and forget the bullshit you’ve got going on. I wanted to make something the people could just go crazy to and enjoy and we achieved that. It’s Rap x Grime x Trap x Cloud — it’s its own shit,” he said.

Check out the stream, tracklist and cover art below.