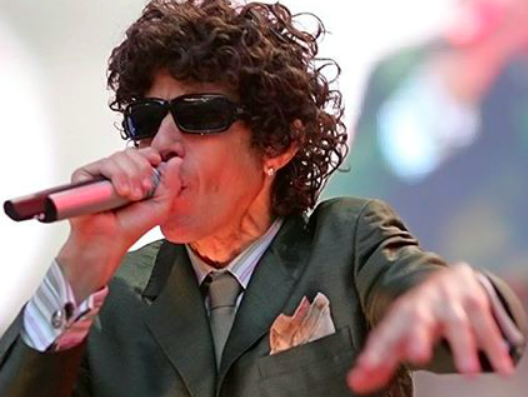 Malibu, Ca – Mike D of the Beastie Boys is the latest to be given a show with Apple Beats 1 Radio. Entitled “The Echo Chamber,” the fresh segment is scheduled to make its debut on Friday (July 15) at 3 p.m. EST.

Mike describes the biweekly show to Rolling Stone as a “freeform program where he and other musicians play records they love – regardless of genre – and talk about music.” Chance the Rapper, Lil’ Yachty, ESG and Arthur Russell are among a few of the artists that he’s set his ears on spinning. Slaves, Cassius and Blood Orange are some of the musical guests he’s invited as guests to the show.

Mike D describes his musical taste as “superior” and plans on keeping his playlist as eclectic as possible, something that is dependent on what he’s been working on.

“I vacillate between what’s current and things that I think have influenced me a lot,” the 50-year-old musician tells Rolling Stone in an exclusive interview. “The show also depends on records that I’m working on at this moment as a producer. So if I have an artist that I’m working with, then we’ll play records that inspired us or that we were listening to in the studio and make it more about that.”

The first episode was recorded at his beach house in Malibu, California while playing Ping-Pong. Keeping the conversation music-focused, it’s a vibe that Mike wanted to set which was inspired by a phone call from BBC’s Zane Lowe.

“At the time, I was working on a record with an artist in my studio, and we’d take breaks to listen to music and play Ping-Pong, which is right outside my pool house,” he says. “So when he called me, I thought, ‘Hmm, I should keep it like that, format-wise.’ Anyone can go on and play ‘I Got the Keys,’ a new DJ Khaled song, so why would anyone listen to my show? So I thought, ‘What if we took that and made that the radio show? That might be more interesting, to have a couple of people doing what they do and talking about music and why it’s inspiring to them or cool.'”

Mike D joins the ranks of Drake and DJ Khaled among other artists who have been given their own Beats 1 Radio show. If listeners miss out on Friday’s airing of the show, they can catch the rerun on Saturday at 3 a.m. EST and as usual, all past episodes are archived.