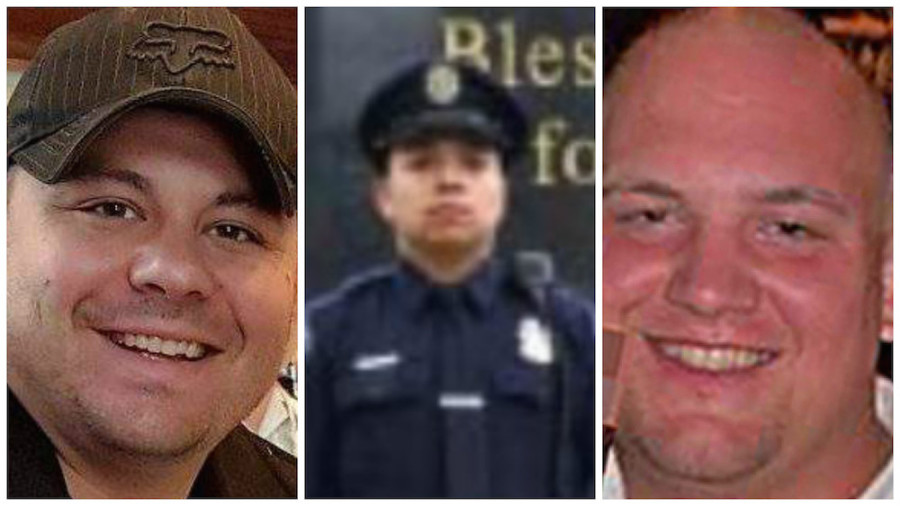 Two more names have been added to the long list of Black people who died at the hands of police officers: Alton Sterling and Philando Castile. The two were gunned down 1,200 miles but less than 24 hours apart. While details in both cases are still emerging, here is what we know about the police officers who were involved in the shootings of Sterling in Baton Rouge, Louisiana and Castile in Falcon Heights, Minnesota.

Blane Salamoni and Howie Lake II have been identified as the two officers who are shown in video footage wrestling with Sterling, tossing him against a car and pinning him to the ground before he was shot and killed, according to CNN. Both have been put on administrative leave.

Salamoni is the officer who reportedly fired the shots that killed Sterling, the New Orleans Advocate reports. He followed his family legacy by becoming a police officer. He is a third-generation cop (both his parents and at least one grandparent were police officers as well). In 2011, he was at the top of his class upon graduating from the police academy.

In his four years of service, Salamoni has received one complaint against him regarding a car crash in 2012. The letter of complaint has since been marked “expunged.” He was accused of two other missteps, one last year for supposedly slamming a car into a wall and causing injury and, in August, he admitted to hitting a man in the head because he claimed the victim was reaching for his stun gun. The man needed stitches after the blow. Both incidents have been labeled “not sustained” by records.

The cop’s father-in-law, James Durdin, lashed out at protestors who claimed the shooting was an act of police brutality. He said to the New York Daily News that his son-in-law was a good officer who took pride in his job.

“It burns my you-know-what when it’s – usually the black people – that try to make an agenda out of this,” he said. “What I’d like to see is them with no police at all, so they can know what it’s like not to have them… The majority of (cops) would never be abusive. Does anyone give a you-know-what about that? We’ll have social chaos (without cops).”

The other officer on the scene, Howie Lake II, has been in active duty for three years. He was put on administrative leave two years ago for shooting a man who fired at him and five other cops, according to WAFB. The man survived after suffering wounds to his torso.

Last year, Salamoni received a “Life Saving” award and Lake was acknowledged with a “Certificate of Commendation” by Baton Rouge Police Department, according to Facebook.

The day after Sterling’s death, Philando Castile was killed by police in Falcon Heights, Minnesota.

Castile’s killer has been identified as Jeronimo Yanez, the New York Times reports. The four-year-veteran was put on paid administrative leave along with Joseph Kauser, the officer who was with him when they pulled over the 32-year-old for a broken tail light.

Yanez was apparently active in the community, as the newspaper says he has volunteered at multiple events with children, including giving a tour to Cub Scouts and participating in the annual “Shop With Cops” program. He is involved in an organization for Latino police officers.

The cop is married and has a newborn child, according to Heavy. He participated in a Standing of the Memorial Guard event to honor fallen officers as part of Law Enforcement Memorial Day and National Peace Officer’s Day in May 2015.