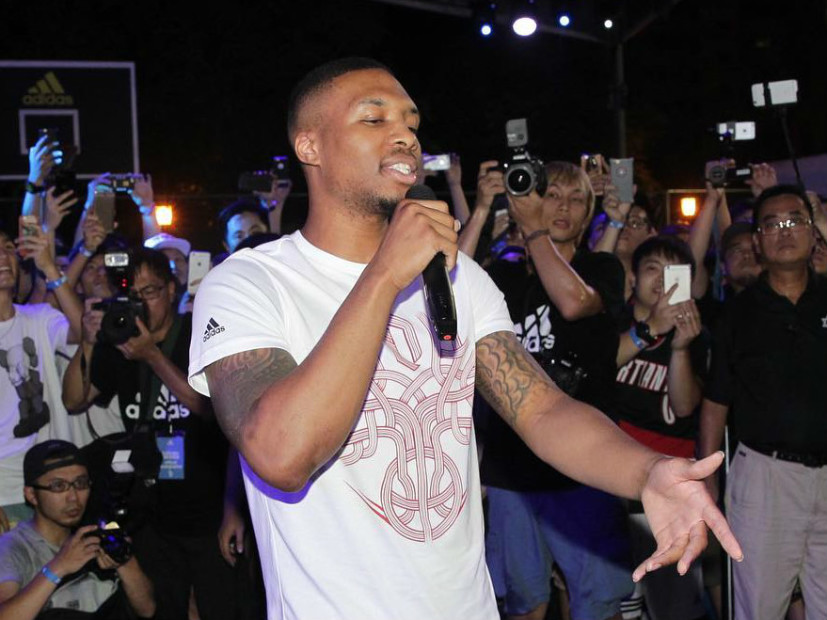 by Victoria Hernandez
4
Portland, OR -

The Portland Trail Blazers point guard, who raps under the name Dame D.O.L.L.A., will be performing a concert at Crystal Ballroom in the Oregon city next Friday — the same day as his 26th birthday. Tickets sold out for the 1,500-person venue less than 24 hours after the announcement.

The show comes after the release of his “Talk To Em” single in May. Earlier this year, Lillard dropped a video for “Bigger Than Us,” a call for social justice.

The NBA All-Star shares his passion for rap through the weekly 4Bar Friday Instagram contest where fans submit their rhymes and he posts his favorite entries.

Tickets to my show at Crystal Ballroom on the 15th are on sale now here. #DameDOLLA https://t.co/ROLDC2RNvF pic.twitter.com/3COzgeeODy

Gonna have my cousin @brookfielddeuce performing with me. @djogone will be playing songs all night…

Not going on tour. Just celebrating my birthday with something I enjoy doing. https://t.co/XLjFCmgDFI