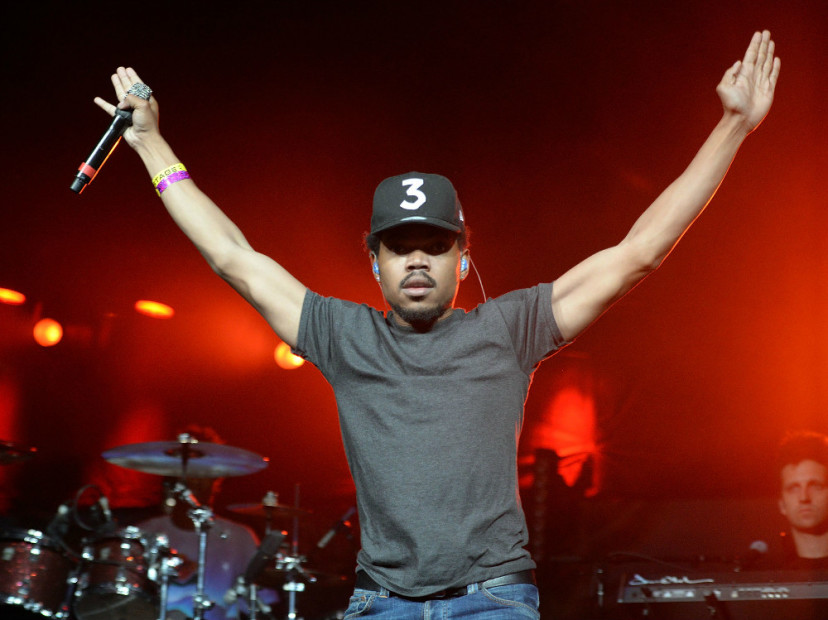 Chance The Rapper Could Win A Grammy Now

Many Hip Hop fans consider Chance the Rapper one of the best in the game. His debut mixtape, Acid Rap, is a modern classic and his recent Coloring Book release made history by becoming the first project to hit Billboard’s Top 200 albums chart without any sales. Chance’s third tape is widely regarded as one of the best projects of the year so far. HipHopDX gave it a 4.6 out of 5 rating.

Despite all this hype, because his projects were not commercially released, the Chicago rapper never had a chance at winning a Grammy or receiving official recognition from The Recording Academy … until now.

The Academy announced Thursday (June 16) that stream-only projects will be in consideration for the Grammy Awards, effective immediately.

“The GRAMMYs aren’t just peer-awarded, they’re peer-driven,” Bill Freimuth, Senior Vice President of Awards for The Recording Academy says in a press release. “Throughout the year, members of the music community come to us asking to make changes to the Awards process, and we work with them to figure out how those changes might work. I’m proud of this year’s changes because they’re a testament to the artists, producers and writers — the people who rolled up their sleeves to shape the proposals and, in turn, the future of the GRAMMYs. It’s exactly what they should be doing. It’s their award.”

The Chicagoan took to Twitter to acknowledge the changes, but says that the win is larger than himself.

The victory this morning isn't about me, it's about all the Soundcloud albums that may now be recognized for excellence.

Fans started a petition to have mixtapes, including Coloring Book, recognized by The Academy. Chance the Rapper said he signed the petition and shared a link to it on his Twitter page.

Kanye West has also been vocal about the Grammys’ need for change. He asked why rap artists like Future and Young Thug were not recognized despite their critical acclaim and achievements. The Recording Academy’s CEO and president Neil Portnow responded to The Life of Pablo rapper on Twitter, saying he would be happy to meet up with Yeezy to discuss possible changes to the awards.

Besides allowing stream-only projects to be in consideration, the Grammys now only require voters to participate in 15 categories instead of the previous 20, “to encourage members to vote only in those categories in which they are most knowledgeable, passionate and qualified.”

The eligibility period for projects to be recognized by The Recording Academy is open through September 30. The Grammy nominations are set to be announced December 6 and the 59th Annual Grammy Awards, the first ceremony where stream-only projects will be considered, are to be held February 12, 2017.