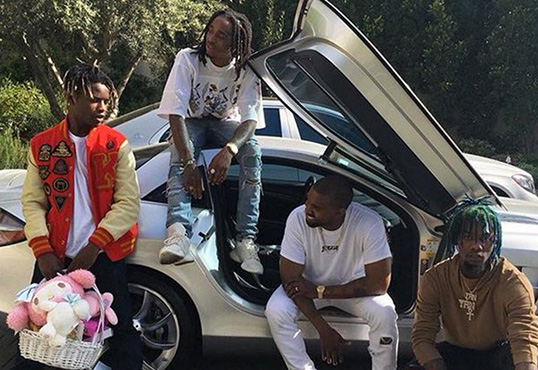 Atlanta, GA – A potential collaboration between Kanye West and Migos has already been well-documented on social media this year, but now the Atlanta dabbers have confirmed that there are several tracks locked and loaded.

“Shout out to Kanye. We got multiple songs with him. We just lockin’ in. Just workin’. We always keep stuff in the vault. We got a lot of things with other artists too that’s always in the vault that you might hear snippets of. We just keep ’em in the chamber ready to be fired,” Quavo said in an interview with Acton Entertainment that dropped June 3.

In March, Quavo posted a photo of the group along with Kanye West, Big Sean, Lil Yachty and Vic Mensa.

Before that in February, they shared a snippet of a track that set off speculation of an impending collab.

Quavo also appeared with Yeezy (and everyone else in the rap game) on the recently released debut single from the upcoming Cruel Winter project.

In the interview, Quavo also mentions that the third installment of the group’s No Label mixtape series is already finished, but doesn’t give any specific release date for it, so as not to disappoint fans.