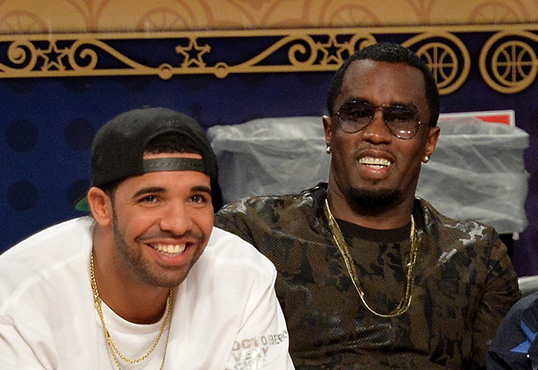 Joe Budden thinks Drake finally found some fire in his recent “4PM In Calabasas” release. The New Jersey rapper and podcast host was one of Drizzy’s most outspoken critics after Views dropped, saying he sounded uninspired on the album that just passed one billion U.S. streams last week.

But Budden seems impressed by the new track, even if he feels some lyrics were aimed at him. He dismisses the idea of responding to Drake on wax (perhaps because he’s waiting for the other shoe to drop with Drake’s possible shot at him in a French Montana collab), but thinks Puff Daddy — who is vaguely referenced in the song — should “fire back for the culture.”

In “4PM,” Drake makes several subtle references to Diddy over the Bad Boy-inspired beat, saying “The higher I get the less they accept me / Even had the OGs tryna press me, Ha-ha-ha-ha,” echoing Diddy’s laughter from his 1997 hit “Can’t Nobody Hold Me Down” (which itself paid homage to Grandmaster Flash). He also references the song by name and the title of the album it appeared on, No Way Out.

Budden considers the verse a slight to Puff, tweeting “Can’t let a nigga grab the classic bad boy loop, then sing all your hits as he disses u & not fire back lol for HipHop!”

Check out Budden’s tweets below.

He snapped just now, even if he dissed me & Puff the whole time….. He ain’t sound that inspired in a minute (to me)

Your move beloved. Get in the studio. https://t.co/TihAqLRM7u

Ain’t no move.. Now we all get to enjoy great Drake music. https://t.co/ILgG9shc97

Puff gotta fire back for the culture lol

Puff hasn’t responded directly, but posted this to Instagram around the same time the song premiered.