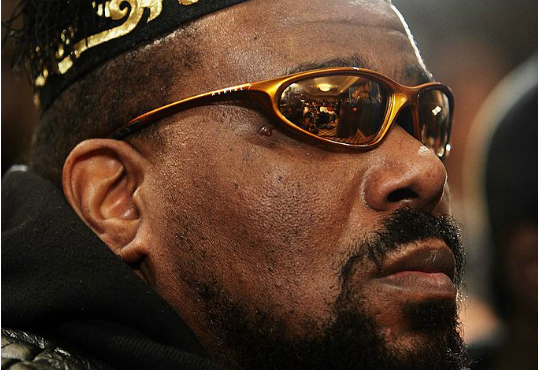 New York City, NY – After defending Afrika Bambaataa against allegations of child sexual abuse, the Universal Zulu Nation is switching up their stance.

In a letter issued on Tuesday, the Nation apologized for Bambaataa’s alleged assaults, and for the organization’s irresponsible response to survivors’ claims.

“We extend our deepest and most sincere apologies to the many people who have been hurt by the actions of Afrika Bambaataa and the subsequent poor response of our organization to allegations leveled against him,” the statement reads. “To the survivors of apparent sexual molestation by Bambaataa, both those who have come forward and others who have not, we are sorry for what you endured and extend our thanks to those who have spoken out for your bravery in bringing to light that which most of us were sadly unaware of, and others chose not to disclose.”

The statement also levies specific apologies to Ronald “Bee-Sting” Savage and Hassan “Poppy” Campbell, whose allegations to the New York Daily News and Star launched the conversation, and to survivors of sexual assault and exploitation around the world. The Nation also acknowledged members who have left the organization as the sexual assault claims surfaced.

After its apologies, the statement promised that the Zulu Nation would pursue justice for survivors of Bambaataa’s alleged assaults, educate its members about child molestation, and change the culture of the organization to support people who speak out about assaults.

The letter ends with more than 30 leaders in the organization signing off.

Savage halfheartedly acknowledged the apology saying “I think the letter is sincere but it’s too little too late. They should have done this in the beginning instead of disrespecting me and the Daily News.” Zulu King EL One, the group’s coordinator for New York, New Jersey and Connecticut, told the Daily News that the initial statement was made by close friends of Bambaataa, thus exposing their bias.

Zulu Nation’s reputation has taken a lot of damage over the past two months. In April, four men, including Savage and Campbell, told New York Daily News and radio host Star that Bambaataa forced them to engage in sexual acts while they were children.

Bambaataa and the Nation issued separate statements, both denying the allegations and accusing the men of conspiring to soil Bambaataa’s legacy and undermine the organization’s work. They said Savage was pursuing “character assassination,” and demanded an apology from him.

The Universal Zulu Nation later ousted Bambaataa, separating the “Planet Rock” pioneer from the organization he founded decades ago for the first time.

Tuesday’s statement covers all the bases of accountability, and promises to do the right thing going forward. But is it too little too late? These survivors were dragged through the mud before this, and the apology will strike many as being more based on damage control than on sincerity.