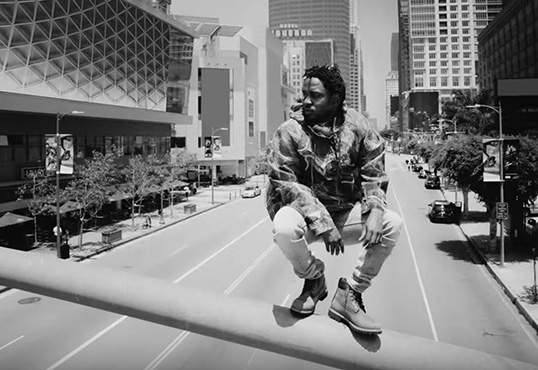 No, Kendrick Lamar Did Not Buy George Zimmerman's Gun

George Zimmerman is still trying to find a buyer for his gun, after unfounded reports that Kendrick Lamar had bought the weapon.

Earlier this week, rumors started growing that HipHopDX’s 2015 Emcee Of The Year Kendrick Lamar had purchased the weapon, prompted by a “satirical” website masquerading as news.

“Kendrick Lamar secretly acquired the Zimmerman murder weapon from an online auction through his publicist and smashed it with a hammer while on stage,” the site falsely reported, also including a fabricated quote from the Compton-based rap star. Buried at the bottom of the website is a disclaimer that reads “Number One in satirical urban culture news.”

To further clarify some of the site’s other reports, Stephen Curry has not made it into the Guinness Book Of World Records for having the most haters in a season, and a judge has not awarded Future all of the royalties from Desiigner’s “Panda.”

Zimmerman has been trying to auction the gun with which he killed 17-year-old Trayvon Martin in 2012. Each step of the way, his plan has been derailed. First the auction website he listed the pistol on removed the posting, explaining in a statement that “site rules state that we reserve the right to reject listings at our sole discretion, and have done so with the Zimmerman listing. We want no part in the listing on our web site or in any of the publicity it is receiving.”

He posted it on another site, but a positive troll named “Racist McShootFace” jacked the bids up past $65 million before the account was suspended. The auction is currently underway and, as of publishing, is at more than $117,000 and rising quickly. It closes this Wednesday, May 18.