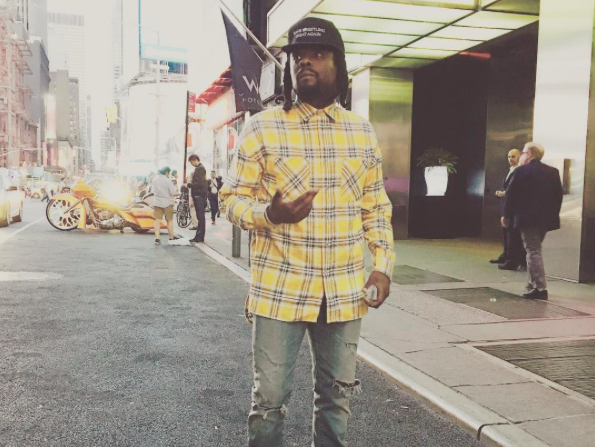 Newark, NJ – Wale missed his flight out of Newark, New Jersey this morning and blamed it all on the United Airlines crew.

The DMV native documented the moment on his Snapchat singling out one United Airlines employee who apparently closed the door in his face, preventing him from catching his flight.

“They harassed me at security, slowed me down, I sprinted here and she’s the reason why I won’t make my flight and miss my show tonight,” he continues.

The MMG cohort continued his Snapchat rant on Twitter and accused the airlines of profiling him because he’s black.

“United at Newark be profiling for no reason,” Wale wrote in a since deleted tweet. “U got to convince them your first class. Young black dude? Must be a bootleg ticket huh.”

He then retweeted a CNN article highlighting long lines at TSA checkpoints as well as other followers who voiced their frustrations about the airlines in solidarity with Wale.

United Airlines has a documented history of their discriminatory ways towards their paying passengers. In 2014, will.i.am took to Twitter to blast the airlines for accusing him of being a fake United Airlines First Class member before kicking him out of the lounge. Grammy-nominated singer Kehlani called out the airlines for their racist treatment summer of last year when they kicked her and her dancers off the plane while one of the flight attendants allegedly called them the N-word.

Watch video footage of Wale going off on United Airlines employees below.