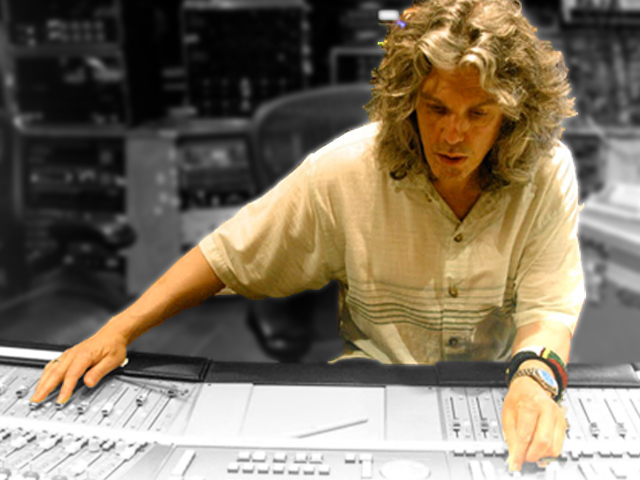 New York, NY – Bob Power takes music to another dimension. Through his work with A Tribe Called Quest, De La Soul, Killah Priest, India.Arie, Syleena Johnson, Stetsasonic and others, Power has been charged with producing, mixing and engineering, among other things, some of Rap and R&B’s most acclaimed work of the last several decades.

Some acts want a spare, skeletal sound. Others want something that’s noisy. For the New York-based musician, his work is dictated by the goal of the artist with whom he’s working.

“It’s exactly like being a musician, which I’ve been most of my life,” Bob Power says during an exclusive interview with HipHopDX. “If someone brings in a song and says, ‘This is how I want the thing to feel,’ you make choices as a musician because you have chops and you can play a bunch of different modes and ways to make the music feel differently. I think it’s the same as a mixer. The most important thing is the intention of the artist and producer, what are they really trying to pull off.

“The order of importance is what the artist is trying to do with the song,” he continues, “how that song holds together on its own on a purely sonic level and where that fits within other songs in the marketplace that are like that. What’s correct to a straight-up Hip Hop head who may be real street style and street-style in their sonics as well is very different from what’s correct to someone who does Barbara Streisand records.”

In his different roles in the studio, Power approaches each song from a distinct vantage point.

“Everyone’s notion of fidelity is slightly different,” he says. “Within that context, I think every engineer, within what they know and think is a decent way for something to sound…Your aim when you’re engineering, just recording, is simply to make sure it gets recorded undamaged and to try and make the technical parts of the process disappear to the artist so the artist can just be themselves and not worry about if they’re standing right in front of the mic or not. Even though you have to say to somebody, ‘Listen, man. You’re going in and out, so can you stay in one spot?’ But I’ve found that stuff like that tends to take people out of the zone that they need to be in to really connect with a performance. It’s a fine line, man. It’s a really fine line.”

Once a song is recorded, the mixing and mastering processes come into play.

“In mixing, the first directive is, what is the artist trying to say with this song and can I help them get there?” he says. “A close second for me is making sure that that natural frequency areas that the instruments live in is displayed in a way where the intention of the people who put the track together comes across. Then right on the heels of that is, ‘Is everything in the audible spectrum nicely represented? Is there good or bad bottom? Is there a nice, airy open top? Is there an aggressive and solid midrange?’ In a perfect world, you can address all those things, but it just takes a lot of time and care.”

When Power mixes a song and then masters it, he has an advantage because he’s already familiar with the life of and the direction of the song. When he goes to master a song he didn’t record or mix, the work changes.

Regardless of his role in the studio, Power has one thing he always looks for in a song.

“Is the person saying something unique and are they saying it in a really cool, compelling way?”