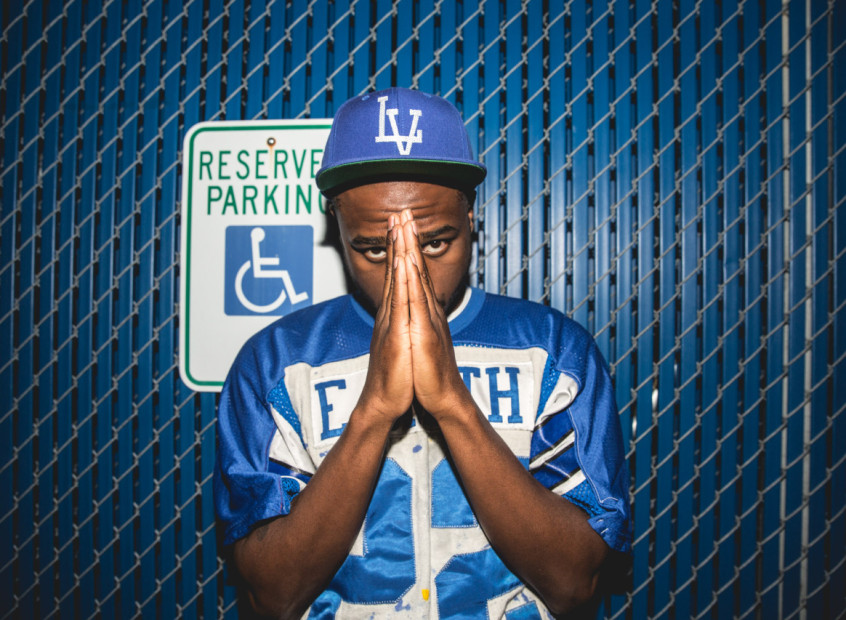 Bok Nero Is The Hip Hop & EDM Hybrid You Should Know

Hip Hop’s relationship with EDM has been equally embraced and detested over the years for a plethora of reasons. For some, the union just sounds un-natural. Others, it’s a reflection of technology’s influence on contemporary music.

Ages ago, performance art was likened to prostitution. Oh, how times have changed and Bok realizes that as well.

For Bok, his purposefully abrasive music is just as eccentric as his style. Clearly, that’s something attracting rap hitmaker Jahlil Beats and EDM god Steve Aoki.

He linked up with the “Hot Nigga” and “Ima Boss” producer after someone in Jahlil’s management watched his “Stinky Cheese” video. Some time earlier, a chance meeting at Miami hotspot nightclub Mansion developed an ongoing relationship with Aoki.

Not bad for someone who got started under local punk/rap group Blond Gang known for their wild aesthetic. “I felt like EDM was the next step for me when I discovered it,” Bok said in an exclusive interview with HipHopDX, where he says living all around the city absorbing various music genres and cultures has attributed to his eccentric style.“I was listening to Blink 182, old Freddie Mercury, Bruce Springsteen,” he explained. “Then I’d come back to the hood and have Hov, Jeezy and Nas playing.”

A few months back, he dropped a short mixtape Blood X Gold which is just as white-knuckle as one could expect, but Bok’s grand introduction should come through the release of “Nero Nero” featuring Jahlil Beats when it drops Tuesday (May 10) on Dim Mak’s New Noise imprint. According to the artist, the single is going to be “high energy and different” and “crazy.” The single will be featured on his upcoming EP set to drop in July. Though Bok kept details under wraps, he described the untitled project as something unexpected. “I can’t even describe the music without sounding full of myself,” he added. “It took me so long to discover myself that I just realized how great I am and how great my musical understanding is.”

It’s obvious how much of an anomaly his story is within the strict realm of Hip Hop. He understands there isn’t much of a precedent, but it’s working out for him pretty well at the moment.

“I didn’t have a blueprint to work off of and I had to create one,” Bok says. “That’s pretty much what got me to where I am right now.”

Check out the teaser for “Nero Nero” below.