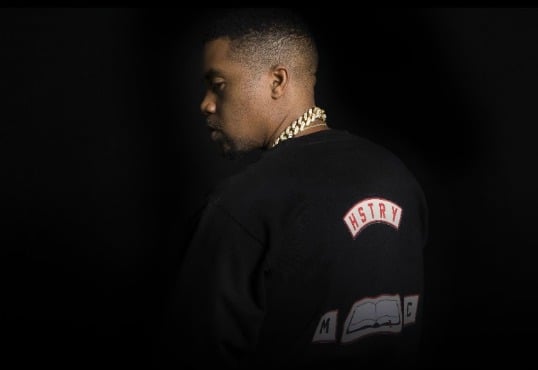 New York City, New York – Nas’ HSTRY clothing already has one win for the year by getting the exclusive partnership with the upcoming Ghostbusters reboot. Now, the young brand’s Spring 2016 collection has been made public and it’s very pro-video games, anti-pork-on-the-fork.

The “No Swine” capsule caters to those who despise animals that go “oink, oink” in the mud with its pig head imagery with the eyes blacked out while the “Gamer” extension sports the iconic Atari logo with the HSTRY emblem underneath. Another capsule, “Peace,” showcases pride and solidarity in the fight for freedom and makes a statement with its unique peace sign.

Columbia Pictures’ new Ghostbusters film features an all-female lead cast and will hit theaters on July 15, 2016. Nas said his decision to partner with the movie fell in line with “interesting ways to do things,” in terms of a musician expanding on their visibility in the culture’s space.

Select images from the HSTRY By Nas Spring 2016 Collection can be seen below. The online store is open for business here.