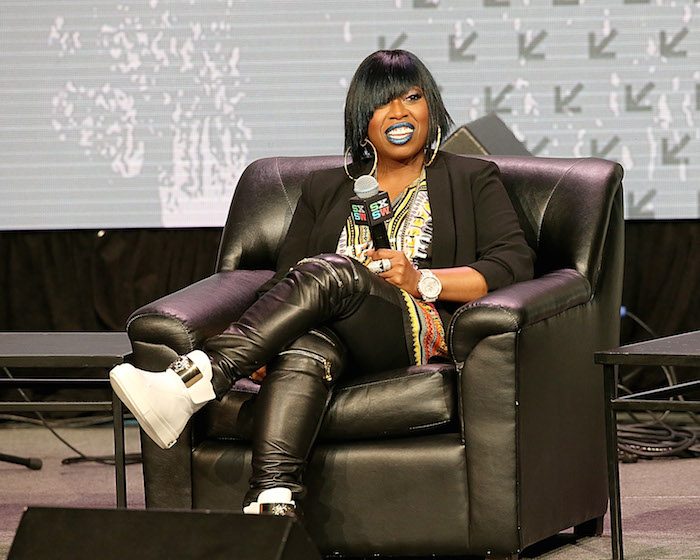 The story begins by pointing out that out of the 19 people who are credited with working on Taylor Swift’s Grammy-winning album 1989, only two of them (excluding Swift) were women—nearly 11 percent.

Industry-wide numbers are even more dismal: the web site for Women’s Audio Mission, a nonprofit for women in audio production, says that only 5 percent of people who work in the production of music, television, news and film are women. The founder of WMA, Terri Winston, said that 5 percent number was an estimate from 2000, and that current estimates are even lower.

The amount of opportunities for producers who are women seems just as low, if not worse, in Hip Hop. The most notable is Missy Elliott, who has produced some of her own work, along with records for acts like 702, Mary J. Blige, and Trina. Syd Tha Kid produces and mixes for her Odd Future cohorts. Wondagurl grabbed headlines after she landed “Crown” on Jay Z’s Magna Carta Holy Grail at age 19, and has also produced Drake and Lil Wayne’s hit “Used To,” Rihanna’s “Bitch Better Have My Money,” and several songs for Travis Scott. But many would be hard-pressed to come up with many more than that.

One of the few is Shakari “TRAKGIRL” Linder, who has worked with Timbaland, Omarion and others. She told Huffington Post that  she could only name about five producers who are women, and that she has had to deal with her talents being doubted.

“Coming up, some men view women as, ‘Oh, they don’t know what they’re talking about,’” Linder said. “Once you hit that play button, it’s a whole different story.”

Women also spoke about how men see them in the studio and assume they are there for reasons other than work: namely, being the lover of one of the artists.

“A lot of people assume I’m someone’s wife or girlfriend when they first see me in the studio,” said sound engineer Laura Sisk, one of the two women to contribute to 1989. She has also worked with Carly Rae Jepsen and Shakira. “I’ve gotten used to giving overly technical explanations of why I’m doing what I’m doing, because I’m always questioned at every step.”

There is also the matter of women who work in production and audio engineering, but don’t get credit for their contributions. The article cites a story from Sisk where a woman recorded, edited and mixed an album in the studio, but wasn’t credited as the studio engineer on the album release.

In an interview with NPR, the singer Grimes said she wasn’t allowed to touch a computer during cooperative songwriting sessions, despite her having experience as a producer. Gender roles don’t stop when it comes to music, she said: women are expected to sing, while men are expected to produce.