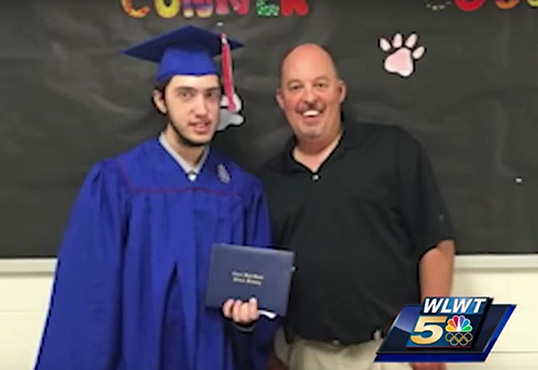 Cincinnati, Ohio – The family of the disabled Cincinnati teen that 50 Cent harassed at CVG airport has spoken out about the incident and wants a public apology.

Speaking with WLWT news, the teen’s father Kent Farrell called the video “sickening.” In the now-deleted Instagram post, 50 follows the 19-year-old janitor through the airport, accusing him of being “high as a muthafucka.” Farrell said that his son has a disability and social anxiety, explaining, “To put this video out there, saying my son is on drugs, that’s part of his social anxiety. He’s not wanting to talk, he’s not wanting to communicate. He’s walking on, he’s doing his job.”

The teen’s mother Amanda Kramer also spoke with WLWT, saying she wants 50 to acknowledge his actions. “The more I thought about it, the more upset I got, the more mad I got because this could really hurt him for future,” she said. “I think he needs to retract it and I would like for him to make a public apology.”

This isn’t the first time 50 has been in hot water over comments he’s made on Twitter. In 2012, he apologized for a series of tweets he made about autistic people.

I realize my autism comments were insensitive, however it was not my intention to offend anyone and for this I apologize.