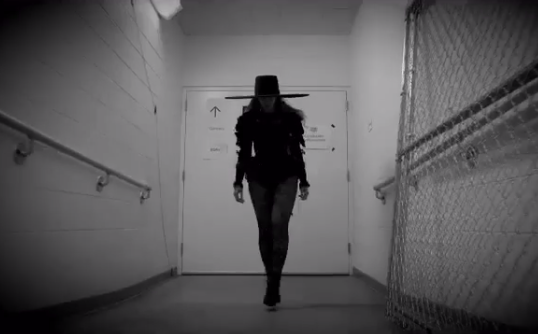 Miami, Florida – Beyoncé is looking to extend her merchandising to a new target market: her haters.

The Lemonade superstar is selling a new line of “Boycott Beyoncé” t-shirts and phone cases to kick off her Formation World Tour, which launched last night (April 27) at Marlins Park in Miami. The tongue-in-cheek message stems from calls to shun the singer after her politically charged performance at Super Bowl 50 in February.

Among those calling for a boycott was Javier Ortiz, president of the Miami police union. In his February statement, he said: “While Beyoncé physically saluted the 50th anniversary of the Black Panthers movement at the Super Bowl, I salute NYPD Officer Richard Rainey, who succumbed to his injuries on 16 February 2016 from being shot by two Black Panthers who he had pulled over in a traffic stop.”

Ortiz’s call for Miami police to boycott working security detail at the concert didn’t exactly pan out, according to the Miami New Times. “There was no one who had to be put in on a voluntary basis,” Miami Police Department spokesman Officer Ernest Lawrence said told them, confirming that the concert will be “fully staffed.”

Ortiz made a quiet personal protest on Twitter yesterday (April 26).

When #Beyonce was about music, not starting #hate pic.twitter.com/DUakZSXNpv

For those fans who want to attend the concert without having to take a political stand, might we suggest another wardrobe option.

Check the Boycott Beyonce attire for both genders below.

BEYONCÉ is trolling her protestors while getting their coins by selling them tour T-shirts reading "BOYCOTT BEYONCÉ" pic.twitter.com/K0JRbr1lWa

Capitalism at its funniest! Beyoncé selling her own Boycott Beyoncé shirts, trolling critics and "protesters"? pic.twitter.com/2PaXTRwfYm