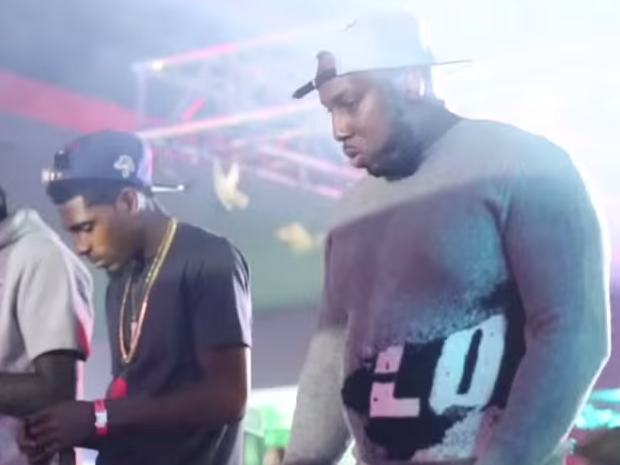 New York – The Pop Out Boys, a 39-member Bloods-affiliated crew, has been arrested and charged with running a $414,000 identity theft ring, according to the New York Daily News.

Group member Big Bz’s song “Trapping’ Out Da Uber” features him rhyming about using the service to get around as he commits a string of crimes.

The crew has been charged, though, with allegedly using stolen bank information to make fraudulent credit cards that were used to purchase goods at Saks Fifth Avenue and Barneys, according to NYPD Inspector Joseph Dowling.

Acting on eight search warrants, detectives say they found five “credit card mills,” which include credit-card making equipment, computers and cash. Five handguns were also found during the searches, which took place in Queens and Brooklyn.

Policy say the Pop Out Boys would buy and resell Goyard handbags and other high-priced items. They would use the proceeds to go to nightclubs and to travel to Florida, California and Georgia.

The Pop Out Boys were discovered while detectives were investigating a separate case at Barneys and observed members of the crew shopping with a stack of credit cards. When one didn’t work, they would try a different one.