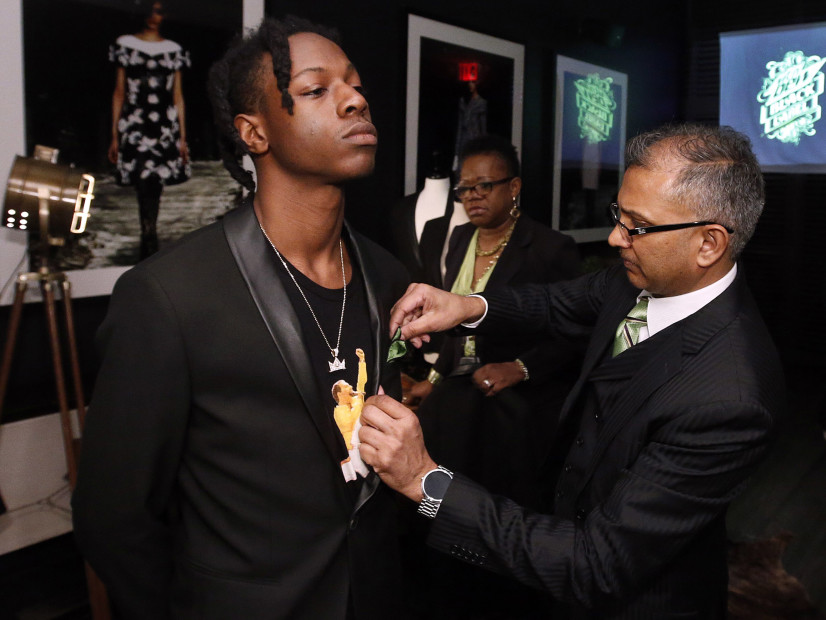 New York, NY – Joey Bada$$ refers to Jay Z as one of his “role model businessmen.” So when Jigga dropped his Decoded book in 2010, the Pro Era rapper says he put reading it on his to-do list.

“Jay Z has always been one of my favorite influences and rappers in the game,” Joey Bada$$ says during an exclusive interview with HipHopDX. “When I saw he came out with a book, it took me a couple of years to read it, but when I finally got into it, I obviously loved it and I picked up so many amazing jewels from it.”

Joey Bada$$ says he learned from Jay Z’s stories about his early experiences in dealing with the game and applied them to himself and his career.

Joey Bada$$ also says the he didn’t want to sign to Jay Z’s Roc Nation because he wanted to be Jay Z.

“It was Jay Z himself who made me think like that,” Joey Bada$$ says. “If you read his book Decoded, in one of the early chapters, he says it himself. The first time he met with Russell Simmons, the only thing he remembered thinking was looking at this dude across the table like, ‘Yo, I don’t want to sign to this nigga. I want to be this nigga.’ Anybody can respect that vision and that position.”

Earlier this month, Joey Bada$$ recalled other details about his meeting with Hova.

“When I got there, as soon as I walked into his office, first thing I said to him, he’s like, ‘What’s good, how you doin?’” Joey Bada$$, who attended the national launch party of Mtn Dew Black Label at Parlor in New York City earlier this month, said at the time. “I’m like, ‘Well, I was just gonna walk in here and be like yes. Give me the paper, let me sign that shit now.’ Then, we just had a little conversation. He was telling me about one of my songs called ‘Waves,’ which I had just dropped. He was like, ‘Yo, this right here. This is Hip Hop. This is real fucking Hip Hop right here like you found your pocket on this one.’ I just can’t believe this is from Jay Z’s lips.”