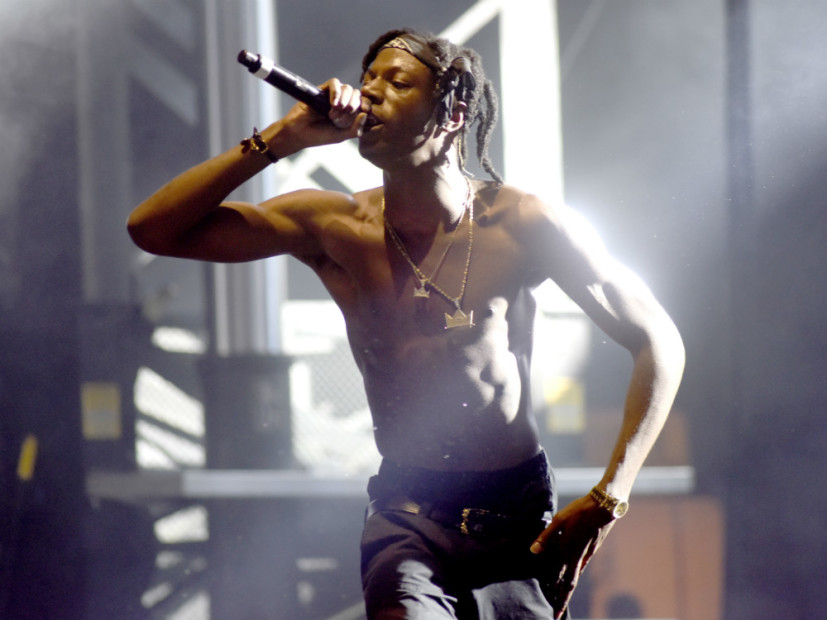 Joey Bada$$ is one of the biggest names in New York rap right now. He has made his name in the independent circuit, but says that he almost signed with Jay Z‘s Roc Nation. He says his interactions with Hov actually inspired him to embark on his own journey.

In an interview with DJ Whoo Kidd on “The Whoolywood Shuffle,” the Pro Era rapper details how as a child he always wanted to sign to a major label.

“When I was like fucking 13 or 15, I was trapped in that mainstream rap, mainstream media,” Joey Bada$$ says. “I always wanted to rap. At that time, I was like, ‘Yo, I want to get signed to Young Money, be like Lil Twist or Lil Chukee and shit.’ Then when I got older I got into high school, started stepping my bars up. I only wanted to be signed to Jay Z. It was crazy that I made it happen in two years, literally from 15 to 17, I was already in that Roc Nation elevator going up to the 39th floor.”

Joey Bada$$ references meeting Jay Z in his recent single “Ready,” which is produced by Statik Selektah. In the interview, he further details why he turned down a deal with the Rap mogul. He says he was channelling his inner Jay Z when he said no.

“That moment made me knew that I could do anything,” he says. “I even read Jay Z’s Decoded book and there’s this one chapter in there where he was, when he went to go meet with Russell Simmons to sign with Def Jam, he said his only thought was sitting across the table from Russell Simmons was, ‘Damn, I don’t wanna sign to this nigga. I wanna be this nigga.’ I kinda took that same, I kinda had that same perspective, but shit, shoutout to Jay, man because he was on it before a lot of people.”

The rapper says that it was a tough decision and at the time, part of him still wanted to sign to Hov. The Roc Nation boss was very complimentary of the teenager’s work, which gave him enough affirmation to start his own journey.

“It wasn’t even like I said, ‘Fuck it,'” he says. “When I got there, as soon as I walked into his office, first thing I said to him, he’s like, ‘What’s good, how you doin?’ I’m like, ‘Well, I was just gonna walk in here and be like yes! Give me the paper, let me sign that shit now.’ Then, we just had a little conversation. He was telling me about one of my songs called ‘Waves,’ which I had just dropped. He was like, ‘Yo, this right here. This is Hip Hop. This is real fucking Hip Hop right here like you found your pocket on this one.’ I just can’t believe this is from Jay Z’s lips.”

Watch the interview of Joey Bada$$ detailing turning down a deal from Jay Z below: