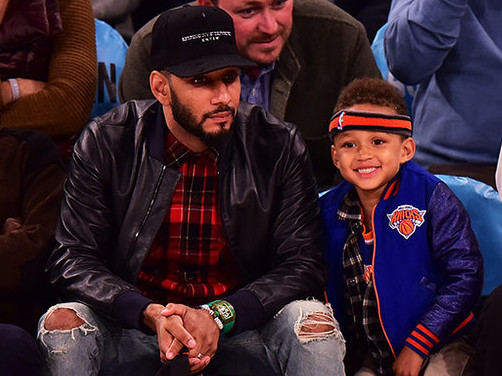 Q-Tip has reportedly been working on his forthcoming studio album, The Last Zulu.

“The teacher & the student [praying emoji] pure vibes……….,” Swizz captioned under the video of his son, whom he shares with Alicia Keys, and Q-Tip collaborating on a beat together.

His son can be seen in the clip tapping on a drum pad while Q-Tip actively encourages Egypt’s melodic creative direction.

Egypt has received producer credit for Kendrick Lamar’s “Untitled 7 2014 – 2016,” a cut off the Compton, California rapper’s untitled.unmastered project, after being captured by his dad creating the beat for Lamar.

Swizz took to Instagram to boast of his son’s accomplishment after the project’s release.

“This is the best Dad moment everrrrr!!!,” the Grammy-winning producer captioned on Instagram. “Congrats to my son Egypt for producing his 1st track on this amazing Kendrick Album [praying emojis] he’s only 5yrs old wowwwwwww @aliciakeys look at our lil guy baby [praying emojis] #blessingsonblessings thx #Kendrick for investing in the future !!! Track 7″

The Swizz Beatz’s Instagram clip of Egypt working alongside Q-Tip as as follows.