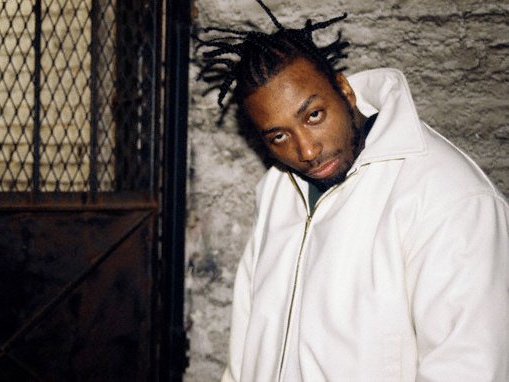 According to an A&R rep for Mariah Carey’s “Fantasy (Remix),” Ol’ Dirty Bastard spazzed out numerous times while recording his verse for the song. While speaking with Billboard.com, the A&R rep, Cory Rooney revealed that the fun began as soon as ODB set foot in the studio.

“He finally showed up, three hours late, and when he got there, it was about 10:30 at night,” Cory Rooney said. “He had been drinking, and was on the phone when he walked in. Irate, screaming at some girl how he’s gonna come kill her, he’s going to kick her ass…and then whispering, ‘I love you.’ Then screaming again. This went on for an hour…He finally came out and was like, ‘Yo, pardon me, this bitch is driving me crazy. I need some Moet and Newports before we get into this record’… He started yelling at the assistants, calling them white devils, saying, ‘You white devils, y’all don’t want black people to have shit.'”

Rooney later revealed that ODB, who received $15,000 to rap on the song, recorded his verse for “Fantasy (Remix)” in between snooze sessions.

“He said one line — ‘me and Mariah, go back like babies with pacifiers’ — then paused, said, ‘Yo, I need to take a break,’ and went to sleep for 45 minutes,” the A&R rep said. “He woke up and was like, ‘Yo, let me hear what I did so far.’ We played his one line back, he sang another line or two, and then slept for another hour. He would come up with a line, punch that in, go to sleep. He went to sleep 3 different times in the middle of trying to get that one verse done.”

In regards to filming the music video for “Fantasy (Remix),” Rooney says it was “disastrous.” He recalled the Wu-Tang rapper buying bags of clothing for the shoot with the company credit card, and later choosing to go shirtless.

“Tommy told us take my corporate credit card to the mall,” Rooney said. “ODB disappeared for a minute, and we found him in a store trying to buy Louis Vuitton luggage. He said, ‘I’m going to use it for a scene.’ He came back [to the set] with all these bags of Tommy Hilfiger clothes and Timberlands. It was finally time for him to do his scene, and I promise you, he put on a pair of jeans and Timbs, and said, ‘I’m not going to wear a shirt, I don’t need no clothes’…Plus, Mariah turned him on to peach schnapps, which she used to always drink. He drank like two bottles of that. So between the hot sun and him drinking two bottles, what a disastrous day that was. The video was a miracle, a real miracle.”

Cory Rooney’s full account of the “Fantasy (Remix)” recording session and music video shoot with Ol’ Dirty Bastard, can be found at Billboard.com.