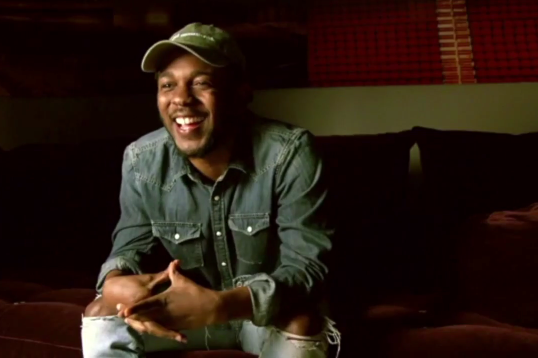 Los Angeles, CA – “How do empires last when there’s no longer an emperor?”

That is the billion dollar question Kendrick Lamar poses midway during his video sendoff to NBA great, Kobe Bryant. After five championships, 18 All-Star Games, two Finals MVPs and one for the 2008 NBA season, the 37-year-old basketball anomaly is set to play his final game of professional ball tomorrow, April 13.

He will retire as the third all-time scoring leader behind Kareem Abdul Jabbar and Karl Malone and ahead of Michael Jordan.

In the vein of one Los Angeles legend to another, K. Dot was asked by ESPN to give #8 and #24 a fitting sendoff, penned by Scoop Jackson. The three-minute clip does impeccable job of rounding up most of Bryant’s on-court accomplishments (the 81-point game, the rebellious afro days, the Blazers Playoff unraveling) as the Hip Hop superstar seemingly enjoyed doing the feature all the same.

The song used to empower the clip is “untitled 07 – 2014 – 2016,” from Lamar’s recently released and Billboard chart-topping compilation, untitled unmastered.

The entire 2015-2016 season has strung along the narrative of being Kobe’s farewell tour and he has had no qualms in speaking with the press, even on topics related to Hip Hop.

When Master P criticized Kobe for not keeping Lamar Odom in check, the then injured Laker found time to respond to him on Twitter. Following the death of A Tribe Called Quest’s Phife Dawg, he also eulogized the late lyricist calling it, “the passing of a legend. Most recently, former teammates Brian Shaw and Devean George claimed Bryant would memorize entire Jay Z albums—the same day they dropped.

Now, NBA players have Kendrick Lamar albums to absorb in a 24-hour period.

Watch “Fade to Black” down below.