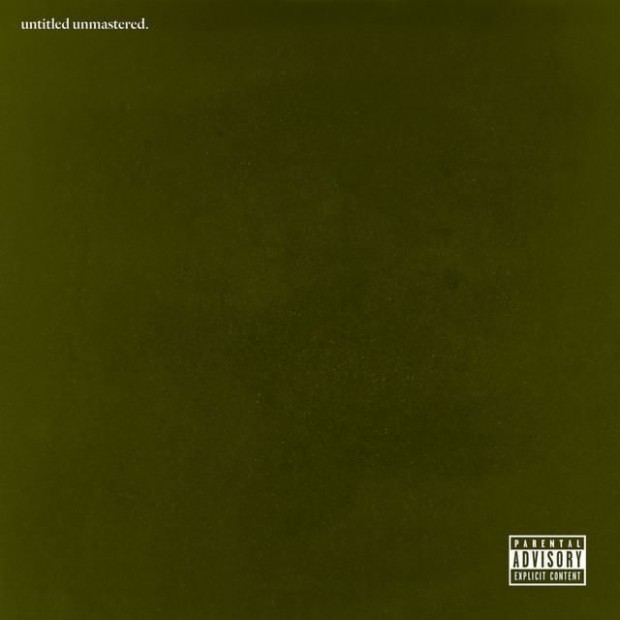 “Pimp Pimp, Hooray!” Boozy and quivering, “untitled 02 | 06.23.2014” comes headlong into life on Kendrick’s eight-track bundle of songs lovingly titled untitled unmastered. “Get God on the phone!” It almost feels like Dot is playfully talking to himself, transformed as he has into rap’s modern prophet, his prime stretching out over music, threatening to drown other artists plying their trade on the radio, in strip clubs, on SoundCloud, in your headphones. There is now a cavern between what Kendrick does and what everyone else does. His lane, his sound, is a roaring train with only he and his team as passengers.

And that’s what he would tell you. That Terrace Martin helped create the soundscape along with Sounwave, Taz Arnold, Flying Lotus, Cardo, Yung Exclusive, Swizz Beatz and so many more. That jazzman Kamasi Washington and alt-bluesman Thundercat hollowed out the bow of his ship laced with acid jazz and masterful bass as Kendrick decorated with heapings of rhymes and flows. That the murder of collaborators, producers, and singers add even more nuance than his multiplicative lyrics, each one layering humanity into a binder already bursting at the seams. He would tell you South Africa provided the tabula rasa, blanking his slate of preconceived notions of blackness and newness. That we, the very salt of this earth, will not have to wander forever. But it’s the word wonder that defines Kendrick right now.

These skeletons of songs left off of To Pimp a Butterfly came at the behest of, surprisingly, LeBron James. After Lamar performed snippets of the songs at the Grammy Awards (part of “untitled 05 | 09.21.2014”) James immediately tweeted Top Dawg CEO Anthony Tiffith to beg for a project releasing “those untitled tracks.” An Instagram followed after, with Kendrick’s name scribbled in red sharpie next to “Get Top on the phone.” Then Spotify upped the ante, as a grayed out version of the project mysteriously appeared on the Swedish streaming service well before its scheduled arrival. But the album dropped that midnight. And the Internet’s verdict was uproarious and immediate.

The name has meaning too, beyond the stylized lowercase lettering a la e.e. cummings. Andres Tardio writing for Billboard pulled this from TDE’s Punch, “As far as Untitled, Me and Kendrick always talked about doing a sort of Black Album, like how Prince did back in the day,” said the TDE exec. “There’s more than one meaning behind that.” He’d go on to illuminate that the title is a kind of declaration of independence for Dot. That although these sessions may not have made any project, it serves as Kendrick declaring that he can do anything, that he and TDE have no masters. The shift is iconic, if not unintentional.

And even more importantly, these sessions formed the nucleus that would become To Pimp a Butterfly. They are the early waxing and waning of a meticulous and devoted team at work. “untitled 03 | 05.28.2013” you may remember from one of the final episodes of The Colbert Report. Kendrick’s hair twisted into Method Man styled zonk. On Jimmy Fallon’s The Tonight Show, he gave you a cross section of “untitled 8 | 09.26.2014” and the last verse on the previously performed “untitled 02 | 05.28.2013.” “untitled 06 | 06.30.2014” featuring CeeLo Green sounds eerily like parts of “For Sale?” playing with the voice of his own youth, albeit as more rigid, than what would eventually become “Institutionalized.” Of course, there’s the three-part jam session recorded over three years “untitled 07 | 2014 – 2016” with one part produced by Swizz Beatz’ five-year-old son, Egypt.

But what strikes you most is the sheer joy present in the sessions, imperfections galore. The free-flowing yet concentrated totality of Kendrick’s method. Despite a subject matter spanning from police brutality to getting head, the lyrics collide into mitosis, replicating again and again into a nebula of ideas, phrases, and dreams. He screams to get that nigga on the drums on “untitled 02 | 06.23.2014” and you are in the room with him, the players knocking wood and taut string into excellence. The laughter is present throughout. From the 70s hood-shtick of the opening to the jubilance of one-liners like “Get God on the phone!” and, variably, “Head is the answer” or “(A)head is the answer,” whichever your heart desires.

So untitled unmastered yanks you into the light-adorned world of Kendrick Lamar. Lyrics, sharp as a razor’s tip (they are almost too many gems to name) as drums, horn, and string drink in the innumerable variations of these present moments. Then it is all the more intense when he tells you on “untitled 05 | 09.21.2014” that the difference between insanity is “father time.” And it is awe-inspiring when the last line on “untitled 07 | 2014-2016” speaks To Pimp a Butterfly’s manic virtuosity into existence. “Forecasted my future, this is the future / The mastermind until my next album more power to you.”