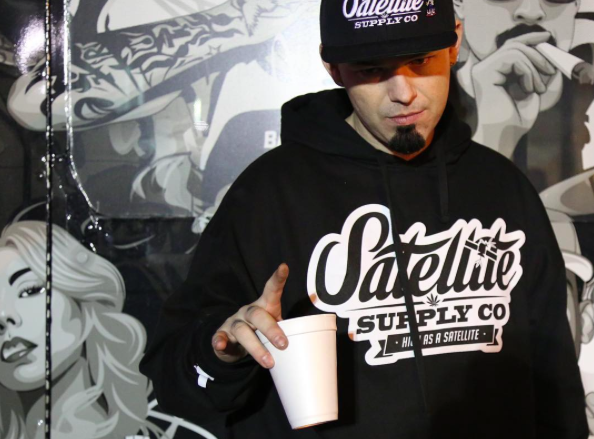 The slab god, Paul Wall has some choice words for rappers who have hijacked the Houston culture in an interview with DJ Smallz Eyes.

Normally when one thinks of the Houston rap scene, thoughts of Big Moe, Pimp C, DJ Screw, sipping lean and chopped up music are some of the novelties embedded in the culture that come to mind. These novelties have since spread worldwide, from the art of a slowed down beat on a Top 40 Pop track to the acceptance of sipping lean as part of the Hip Hop culture as a whole.

“These rap industry culture vultures, they done stole our culture man and made it mainstream,” the Swishahouse rapper says. “[It’s] a mainstream culture now. But that come with the territory. All we want is some credit.”

Master P recently commented on the trend during an interview with The Breakfast Club saying that he believes lean is killing this generation.

Since the trend of rapping about sipping drank has become mainstream and acceptable in Hip Hop, the Po-Up Poet voices his frustrations of being told by people outside of Texas, that when he does sip lean he is biting off Atlanta, Detroit or New York.

“It’s a lot of culture vultures out there who are taking our culture down here in Texas,” the “Drank” rapper says. “It is killing our culture because this used be our thing and everybody in the world used to laugh at us and talk about, ‘Man, y’all doing y’all little country shit down there in Houston and sippin’ on syrup.’ Now the whole entire world is walking around with double white cups man and they pouring fake syrup. They don’t know what they pouring. They just drinking something just so they can say they sipping syrup. They killing our culture. That’s what’s being killed is our culture down here.”

Paul Wall also notes that while double cups have become popular elsewhere, in Houston it is now considered passé and new lean sippers don’t know the real reason why they used double cups. According to our research, the styrofoam cup is traditionally used to keep it cold however, it’s the double cup that actually keeps it from leaking.

Paul Wall maintains that he sips lean everyday and hasn’t been to the doctor yet. The key is to have balance.

“I personally, don’t know not one person in my whole life who has died as a result of sippin’ syrup,” The Peoples Champ rapper says.