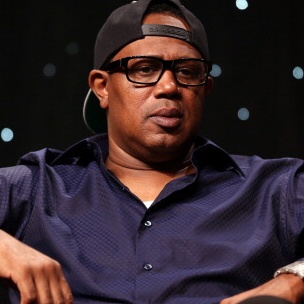 Master P says syrup is killing this whole generation, during interview with The Breakfast Club.

During a recent appearance on The Breakfast Club, No Limit Records founder Master P spoke on the lack of hustle present among those in this generation. He explained that they’re too concerned with getting high, and looking good on Instagram to focus on what’s important in their careers.

Master P also expressed his frustration with his peers and family members who are always in search of a handout.

“Nobody really wanna work no more…Everybody getting high now,” Master P said. “The syrup is killing the whole—this generation. Sometimes you don’t have to work for the money. If you do what you gotta do and you good at it, the money gon’ come. You gotta love what you’re doing. And you gotta educate yourself. A lot of people don’t know—Even people that hit the lottery. That they gonna get some money, it’s gonna change their life. The girl from North Carolina, she spent $12 million getting her boyfriend out of jail. Why you didn’t invest that into some business…Anybody listening, you gotta cut some of these people off. I talked to Floyd Mayweather the other day. I was like ‘Man, I had to cut family members off.’”

Master P later revealed that he has no plans on holding back with his upcoming biopic, which is currently titled Ice Cream Man: King Of The South. He says he won’t sugarcoat the film, and will expose those who were fake in the past.

“My movie gon’ be real because it’s gon’ be everything,” he said. “And I’mma let everybody speak their part, but I’m not faking it. I’m not gonna sugarcoat it or make you look good. If you was fake back then, I’m gonna expose that. It’s gonna show how fake you was. It ain’t gonna be like ‘Oh man, time done went by.’ No, that’s what—Maybe you might have grew up or you a man now, but you did a whole bunch of fake stuff.”

Video of Master P offering his thoughts on this generation, can be found below.