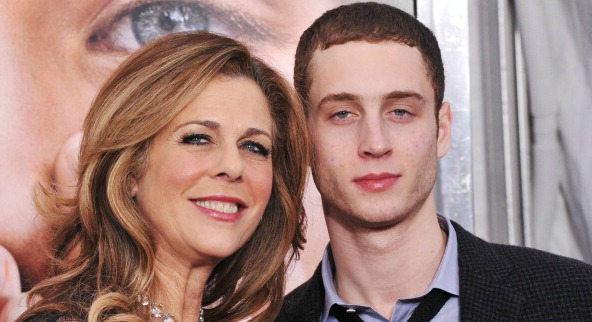 Los Angeles, CA – Chet Hanks, also known by his rap moniker, Chet Hanx, has noticeably toned down his antics from last year (which was low-lighted by a crack-smoking admission) but his past is still coming back to haunt him.

A Los Angeles man is suing his famous parents, Tom Hanks and Rita Wilson, for a 2015 crash the plaintiff claims the 25-year-old silver spooner was high out of his mind during the time of the incident.

Terry Moogan, says he was driving on the California 110 highway in February 2015, when MC Hanx rear-ended him, causing great anguish and pain.

“Chester Hanks was driving his vehicle in an unreasonable and unsafe manner and was under the influence of drugs and/or alcohol at the time his vehicle struck Mr. Moogan’s vehicle,” the lawsuit filed in Los Angeles Superior Court claims, according to TheWrap.

The suit also accuses the two-time Academy Award-winner and Wilson of negligence, citing they allowed Hanx to cruise in a car they purchased despite having knowledge he was a stoner.

“Despite knowing that Chester Hanks was a careless and reckless driver and a habitual user of drugs and alcohol, they negligently permitted Chester Hanks to operate their vehicle and thus, in addition to Chester Hanks, are responsible for the physical and emotional injuries Mr. Moogan sustained as the result of the accident.”

Moogan is reportedly asking for unspecified damages for the crash.

Hanx continuously made headlines in the Hip Hop universe he so coveted but not for conventional reasons such as music and riveting live performances. He drew the ire of many members of the rap and black community—most notably Vic Mensa—for his repeated use of the n-word in random Instagram posts before later bowing to the safe haven of rehab. Earlier this year, he tweeted that his recovery process was going smoothly saying, “I just reached 6 months of sobriety. Blessings are happening all around me” before adding, “My life is so much better now than when I was getting fucked up all the time.”

Last week he released a new record titled “Never Know for Sure,” a R&B/rap hybrid that falls in line with much of today’s radio fodder. As of press time, it clocked in at just under 300 plays on SoundCloud.