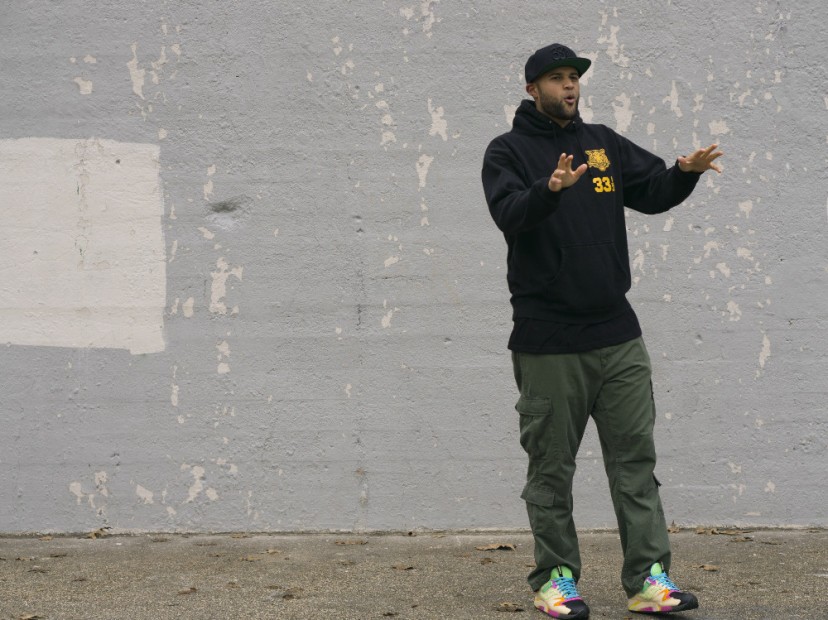 Homeboy Sandman is preparing to release his third album on Stones Throw Records, Kindness For Weakness. The LP is slated for a May 6 release.

“The album’s title comes from Sandman’s internal insight  saying ‘mistaking kindness for weakness is a weakness I need to have more kindness for,'” a press release states. “One of Sandman’s most poignantly lyrical releases to date, the album centers on the MCs discomfort in his comfort zone and addresses themes such as his personal insecurities, rapper stereotypes and morality.”

The first single for Kindness For Weakness is “Talking (Bleep)” produced by Edan.

Homeboy Sandman’s most recent project was the LICE EP with Aesop Rock. The Queens, New York rapper released First of a Living Breed in 2012 and Hallways in 2014, both on Stones Throw.

Pre-order the vinyl of Homeboy Sandman’s Kindness For Weakness at Stones Throw’s website.