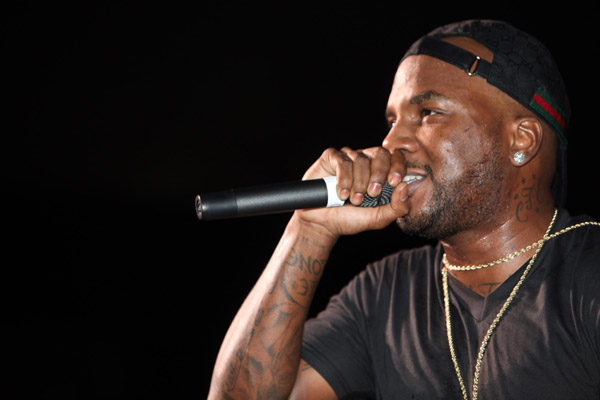 Jeezy Reacts To Fan Touching Him On Stage

Jacksonville, FL – Jeezy got angry with a fan for touching him during a Jacksonville, Florida nightclub appearance on Saturday (March 19) evening.

“Don’t fucking touch me,” Pastor Young says to a male fan in a clip posted on The Shade Room’s Instagram.

Apparently the fan reached up to touch the Atlanta rapper during his performance at Pure Night Club.

The Church In These Streets rapper’s reaction pales in comparison to the reactions of his contemporaries such as Kevin Gates and Action Bronson who has been known to practice wrestling moves on overzealous fans that decide to rush the stage.

The Instagram clip of Jeezy reacting to a fan touching him is as follows:

#PressPlay : #Jeezy was ready to post up after a male fan touched him at his show in Jacksonville! ?