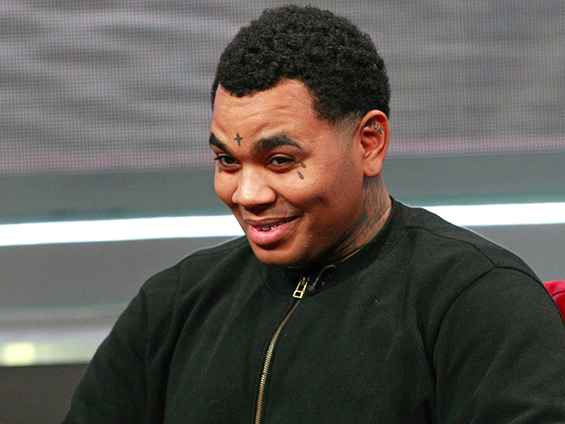 In an interview with Washington, D.C. radio station 93.9 The Fam In the Morning, Kevin Gates alleges that a woman from Apple told him that Islah outsold Rihanna’s ANTI and was actually #1.

Gates released Islah in January and sold more than 100,000 copies in its first week.

ANTI was also released that same week and it is being alleged that a woman at Apple told the Baton Rouge, Louisiana rapper that Rihanna‘s album was not truly #1 since Samsung bought a million copies.

“Samsung paid for Rihanna’s CDs and that’s not fair, so you’re really #1,” Kevin says. “This what that lady [at Apple] said.”

The million ANTI copies Samsung purchased was given free to fans exclusively through TIDAL whether they were a subscriber or not after her project was leaked on the Internet.

ANTI was also made available for purchase through iTunes. Rihanna sat at the #1 spot on the iTunes chart after fans bought her album.

Kevin Gates was bumped down to #2.

Additionally, ANTI entered the Billboard’s Top 200 chart at #27 and was certified platinum by the RIAA since Samsung bought 1 million copies of the project.

However, Billboard did not count those numbers and reported ANTI’s sales as 15,896 album equivalent units sold, 460 album sales and more than 4 million streams. ANTI physical CDs went up for sale the following week.

Elsewhere in the interview, the “2 Phones” rapper addresses his statements agreeing with Stacy Dash on the Black Lives Matters movement.

He detailed his own experiences with police brutality, which include being maced and sustaining two black eyes and cracked ribs, among other injuries.

“I have more of a right to be upset than the lady who it never happened to,” Kevin says of 106 KMEL’s Shay Diddy, who conducted the interview that caused the Black Lives Matters backlash.

The “Really Really” rapper asserts that he didn’t mean for it to mean he does not care about his own people.

The full interview with Kevin Gates on 93.9 The Fam In the Morning is as follows: