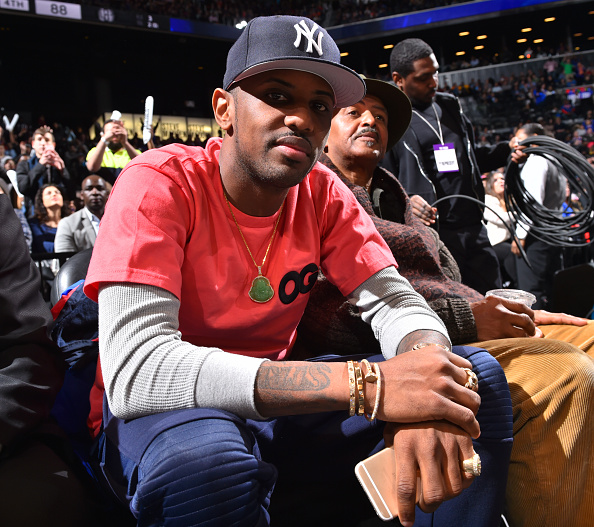 Fabolous discusses his upcoming mixtape with Jadakiss as well as his relationship with Troy Ave in an interview with Bootleg Kev yesterday (March 16).

“Oh yeah man, me and Jada,” Fabolous says in the video. “He just came to my party out at CIAA in Charlotte and we was talking about doing a couple things and one was to do a mixtape. I wanna do a mixtape, but we’re gonna go through iTunes too.”

Fabolous also says the project will be available via Tidal due to his Roc Nation ties.

“Tidal is the family so we gotta do Tidal too,” Fabolous says.

“I worked with Troy Ave because I met him in the streets,” Fabolous says. “We built our relationship from there. I didn’t know he rapped. I just met him and we clicked and he came out of nowhere saying he rapped and I was like, ‘man what?’”

Fabolous then addresses the brewing feud between Troy Ave and Joey Bada$$.

“I don’t know all the specifics,” Fabolous says. “It’s a competitive sport man, when people throw shots at you, you have to expect a reply.”

Fabolous says that comparisons between his flow on “The Plug” from his Summertime Shootout mixtape and Travis Scott are valid.

“What it is, is a right now record, so Travis Scott, it’s one of things he’s doing right now too,” Fabolous says.

He says that he needs a storage facility to keep all of his athletic jerseys.

“I actually got a storage facility and have a few boxes in the storage facility,” Fabolous says. ”I can’t wear them anymore. Back in that era they were 5Xs. What I have been doing is pulling them out and having some of the players sign them and getting them framed.”

He says his next project will come out in April once everything has been cleared.

For more Fabolous news check out the DX Daily: