Vince Staples Discusses Importance Of Rapping How He Wants 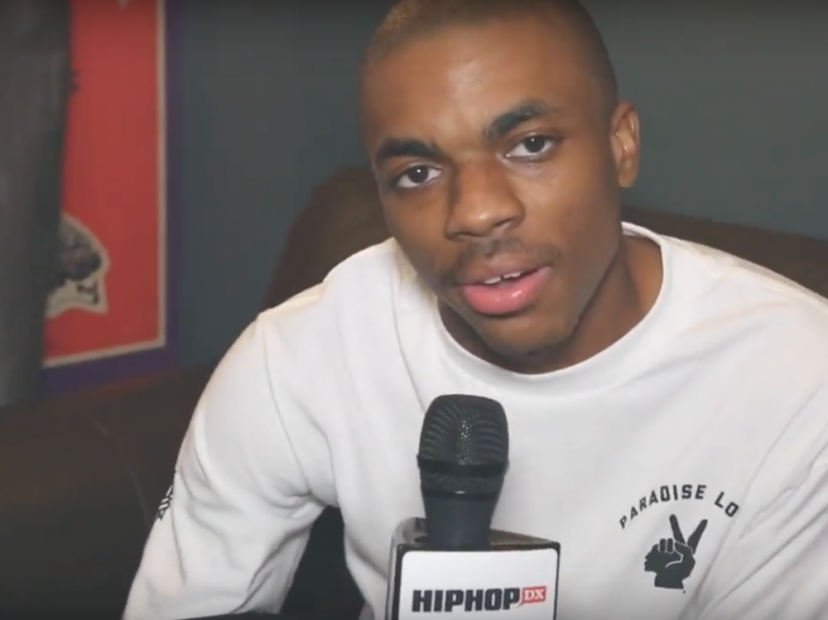 Austin, TX – It will be a year in June since Vince Staples dropped Summertime ’06, his debut album on Def Jam Recordings. There is still plenty of buzz around the Long Beach, California rapper who speaks his mind. After dissing Spotify while performing at the streaming service’s SXSW showcase, Staples was a surprise performer at HipHopDX’s BriskDX showcase in partnership with Def Jam yesterday (March 16).

In an exclusive interview with HipHopDX, the “Señorita” rapper explains the importance of staying true to himself. His music depicts gang life, police brutality and other elements of life in Long Beach, the same city that Snoop Dogg hails from.

“You gotta live with yourself at the end of the day,” Staples says of making his music. “This shit don’t, this shit ain’t real life. You gotta go back home in real life one of these days. It’s always over for somebody. When it’s over, if you’re able to look in the mirror is the important part. I’m practicing, preparing myself for when it’s over.”

He raised a lot of eyebrows when it was announced that Summertime ’06 would be a double disc album. Staples says that the format was just another aspect of making a product that he felt represented his vision.

“To me, the fact that I put out more songs is what makes something different, it’s fucking crazy,” he says. “It’s all in the quality of the music, in the product that you wanted to put out. I just wanted to make what I wanted to make and make something that I feel like was very unique and true to what I wanted to do and who I am. So the fact that I was able to do that kinda means a lot. I pay attention to everything, but I pay most attention to how I have to sit with things at the end of the day, so I’m happy that it’s something that I feel with I can sit with 100 percent.”

Watch the interview of Vince Staples discussing the importance of rapping how he wants below: