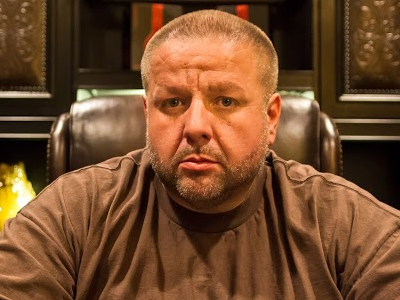 Kansas City, MO – After more than a decade of sustained success as an independent label, Strange Music is expanding its artistic scope. The Kansas City-based label, whose flagship artist is Tech N9ne, is preparing to make a concentrated push into R&B, pop and rock music this year.

Krizz Kaliko, who has been showcasing his singing ability on the company’s releases for more than a decade, is presenting a straight-up R&B album, Go, due in stores April 8. The rapper-singer doesn’t see his forthcoming project as unchartered territory.

“I’ve dabbled in this kind of music already,” Krizz Kaliko says during the Complex interview. “We always talk about bringing the mainstream to Strange and not trying to be the mainstream. The type of music that I do can fit in pop music’s format, but it’s truly still me. It’s not me trying to fit in.”

O’Guin says that the rappers on the label’s roster will remain on their artistic course and will continue to be a focus of the business. To this end, Rap albums from Rittz and Tech N9ne are among those on the company’s 2016 projected release schedule.

“The stuff that the label is built on is not being abandoned at all,” O’Guin says. “Tech N9ne is not gonna change.”