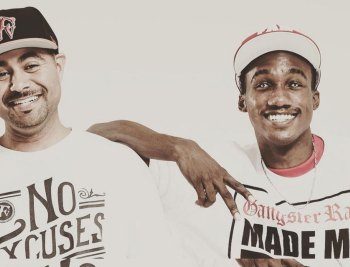 “LIVE Q&A! Tonight I’ll talk about what really happened with Funk Volume and answer ANY questions from the fans,” Ritter wrote in a statement posted on the FV Spreecast channel. “I typically wouldn’t engage in any social media drama as I know real issues don’t get solved on the Internet, but a recent video with a lot of inaccurate information has forced my hand. The fans do deserve to know the truth. Feel free to tune in and ask whatever you want. #stillmovin”

In a recent interview with HipHopDX, Hopsin explained that issues that arose within the organization over the past two months prompted him to release the scathing diss track. “Been waiting to get it off my chest for two months now,” he said, speaking with Victoria Hernandez. “I didn’t want to resort to that, but the way things are going with the whole Funk Volume situation, it’s kinda rubbing me the wrong way, so I had to be vocal about it. That’s since I was a child, that’s been my way of venting so I just had to do what I do best and be vocal.”

View the full Q&A session tonight via Spreecast below: