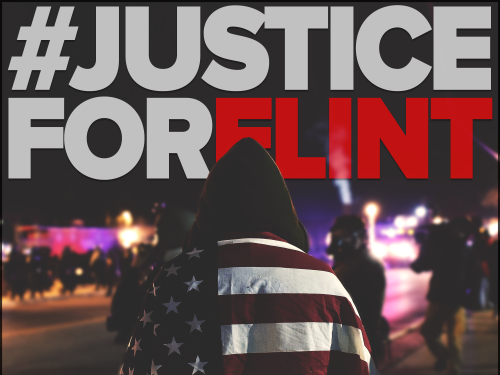 A #JusticeForFlint event is to be held Sunday (February 28). The show will seek to raise funds and awareness for Flint, Michigan, which has been in a water crisis since 2014.

Creed director Ryan Coogler is putting on the show, through his Blackout for Human Rights foundation, at the Whiting Auditorium in Flint. Comedian Hannibal Burress is to act as master of ceremonies for the event, which will be free to the public and live-streamed on RevoltTV at 5 p.m. EST, BuzzFeed reports. Other organizers include Selma director Ava DuVernay, singer Janelle Monae, actor Jessie Williams and Ledisi.

“With the #JusticeForFlint benefit event we will give a voice to the members of the community who were the victims of the choices of people in power who are paid to protect them, as well as provide them with a night of entertainment, unity, and emotional healing,” Coogler says. “Through the live stream we will also give a chance for people around the world to participate, and to donate funds to programs for Flint’s youth.”

Coogler says the idea for #JusticeForFlint came from the #MLKNOW event that Blackout for Human Rights put on last month. That celebrated the legacy of Dr. Martin Luther King Jr. and featured appearances from Michael B. Jordan and J. Cole.

According to AllHipHop, scheduled performers include Flint native Jon Connor, Royce Da 5’9 and Vic Mensa. Musiq Soulchild and Empire’s Jussie Smollett are also slated to make an appearance. The event will reportedly include testimonies from residents of Flint.

Although the #JusticeForFlint event is the same night as the Oscar Awards, Coogler says the overlap was not intentional, but the fundraiser’s date was set to honor the last weekend in February as Black History Month. Some Black filmmakers, including actor Will Smith, are boycotting the Oscars because of the lack of diversity recognized by the Academy.

For #JusticeForFlint, people will be able to donate to the city at the event or through text messaging.

Some rappers that have already donated to give aid to the city are Pusha T, The Game and Big Sean.