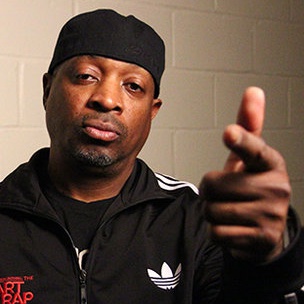 Chuck D writes an open letter after the passing of his father, Lorenzo Ridenhour this week.

Public Enemy frontman Chuck D spoke in great length about his father in a letter published online recently. In his letter, which is titled “My SuperHero,” he recalled his father serving as a champion of young dads, and also someone who stood up for women just as much.

The rapper shared one of his last memories of his father, which consisted of watching Super Bowl 50 with him at his house.

“My Dad was as stand up a man as I ever seen,” Chuck D wrote in his open letter. “He championed young fathers, saying that they deserve more credit in today’s society. He stood up for women, wives, and mothers just as strongly. Nearly everyone thinks their parent is amazing; I told my father many times he is my Superhero with a heart. The detailed moments I had have with this man are endless…all the way up to the fantastic night he, my brother, I, my two nephews, and a few friends sat over at his house watching Super Bowl 50. My Dad was rooting for Cam Newton because his uncle was my Dad’s friend, and Cam is from nearby College Park, Georgia.”

He referred to his father as “a strong family man” with a voice similar to that of Dr. Martin Luther King Jr.’s.

“As I child, I heard my Dad’s voice thunder off walls,” he wrote. “It was reminiscent of Dr. Martin Luther King Jr., and so many other famous orators, but my Dad represented a strong family man. I remember as a teen, knowing when he stepped out the front door to call me, my brother, and/or my sister to get inside, no matter how far you were, you couldn’t say you didn’t hear him yell. Because everyone else did. In fact, if my father yelled hard at me, it felt like half my face would melt back.”

Chuck D’s letter can be read in its entirety at PublicEnemy.com.