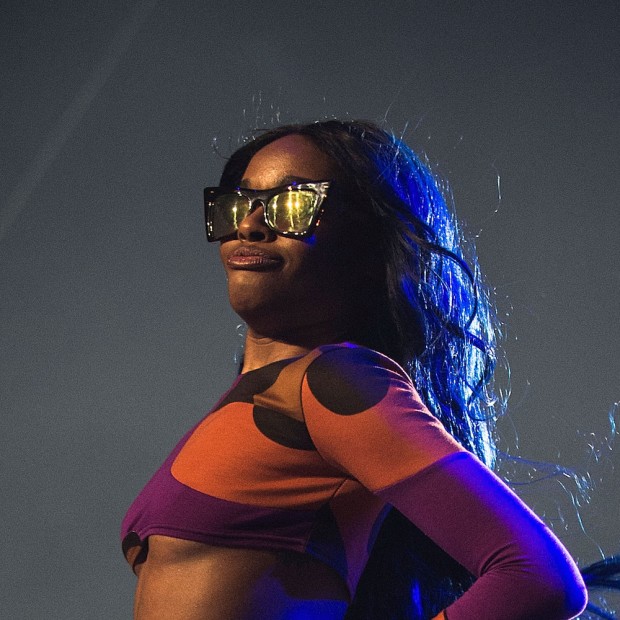 Azealia Banks Claims She Will Vote Donald Trump For President

Azealia Banks claims she will vote for Donald Trump for president.

“Ok so, I think I’m ready to admit that I’m going to vote for Donald Trump,” Banks writes in a series of tweets. “I think Trump is the only one who truly has the balls to bust up big business.”

The Broke With Expensive Taste rapper criticizes the other candidates and questions their authenticity.

“Hilary is too tied in with them and Bernie has no clout,” Banks says. “The other candidates are simply … ‘Them hoes over there’ #thots. Just because Hilary Clinton and Bernie sanders say nice things about minorities doesn’t mean they actually mean them. Politicians have been saying “nice” things about colored folks and we’ve still been getting fucked.”

Lil B and Killer Mike have endorsed Bernie Sanders for president. Kanye West has expressed support for Hillary Clinton’s campaign.

Trump has widely been criticized by the Rap community for his seemingly racist comments, especially against people of Mexican heritage.

Banks says that America is an inherently broken country and that Trump matches the needs of the system.

“I only trust this country to be what it is: full of shit. takes shit to know shit so we may as well, put a piece of shit in the White House. I have no hope for America. It is what it is. Capitalist, consumerist, racist land of make believe. Its inherently evil and must feed …On others for it to survive. I didn’t create it. I’m not proud of it . But I am here…. And it’s all I know.I was having a conversation over dinner with a friend about “the greater good of America” and what it means figuratively and literally Like, how could the American Dream at this point survive without relying on a systematically oppressed underclass Can it ? … It can’t. It’s fucked up to know that in order for me to have this first world life someone somewhere else is suffering But what do you do? And what does it mean? Do societies naturally organize themselves this way? Is this fate or conspiracy ?I’m very pro-Africa and pro-africana but American exceptionalism and the American paradigm is super interesting to me. Just how this web of lies and oppression has spawned itself into this global influence and made people proud to be a part of it So proud that they’ll fight and die for it. In conclusion, I think Donald trump is evil like America is evil and in order for America to keep up with itself it needs him.”

In August, Banks criticized Trump when he was on the cover of TIME magazine, reminding him that Adolf Hitler once also appeared on the cover of the national publication.

View Azealia Banks’ tweets claiming she will vote for Donald Trump for president below: