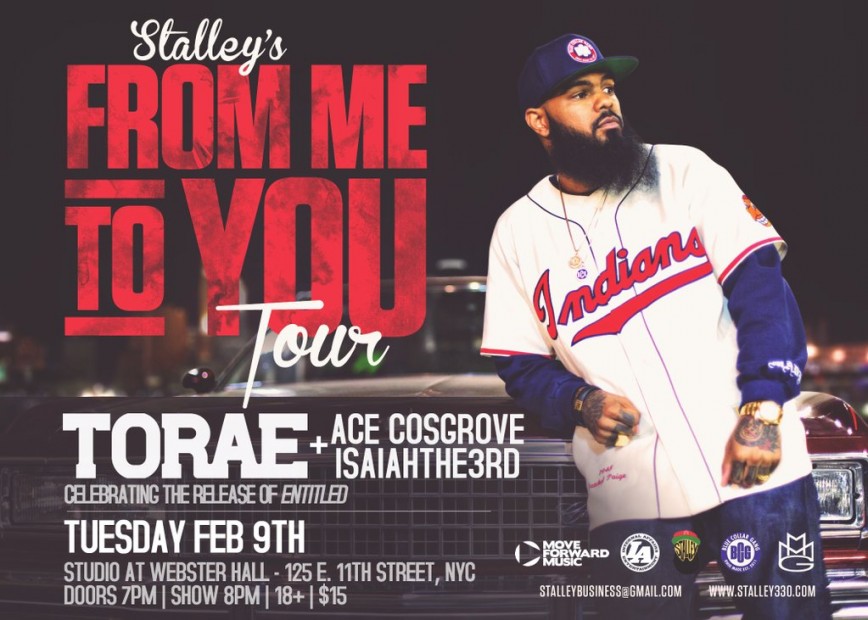 Stalley, the Ohio rapper and MMG artist, performs for the first time in NYC for a few years, on February 9th; Move Forward Music presents Stalley’s From Me To You NYC stop at the Studio at Webster Hall.

He is joined byTorae, the Coney Island boom-bap veteran who is celebrating the release of his new album, Entitled. Also supporting are 23-year-old DMV up-and-comer Ace Cosgrove and hometown Brooklyn’s ISAIAHTHE3RD. Stalley has new music on the way any day and tickets are on-sale now!

Enter to win by following these 3 simple steps:

2. Find the flyer for Stalley’s “From Me To You Tour”

3. Comment below the flyer tagging a friend you want to bring with you to the show.

We will select a lucky winner and contact them directly through Instagram, so make sure to keep an eye on your inbox!